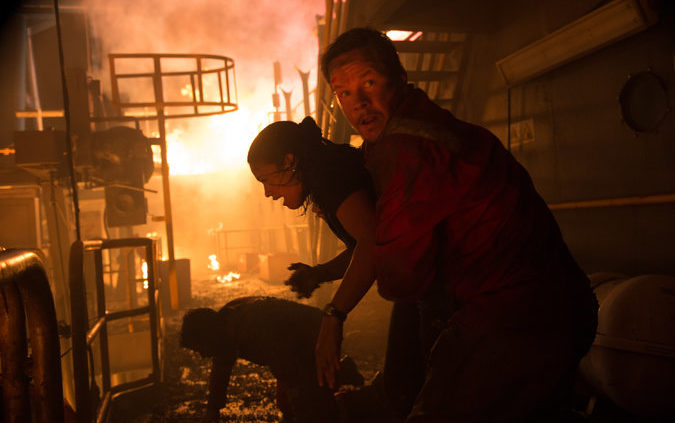 Unless you’re maybe six years old, everybody remembers the accident on board the oil rig “Deepwater Horizon” off the Louisiana coast on April 20, 2010, which resulted in 4.9 billion (yes, that’s billion with a b) gallons of oil spewing into the Gulf of Mexico from an uncapped seafloor gusher that continued unchecked for 87 days. It was the largest oil spill ever in U.S. waters, and the country’s greatest man-made ecological disaster ever. It also didn’t do Gulf Coast resorts and businesses any favors, and hurt the economy in those areas just as the country was trying to recover from the financial crisis of 2008.

And everybody remembers, too, whom to blame for the disaster: the mega-giant oil company British Petroleum. BP was sued by the U.S. Justice department as well as the individual states of Louisiana, Mississippi, Texas, Alabama and Florida, and was found to be “grossly negligent” in its oversight of the well. The company agreed to pay $18.7 billion in damages and cleanup costs. If I were expecting a movie to be made about the disaster, I would have expected it to focus on the ecological Armageddon that followed the destruction of the oil rig, the quest for justice, the court case, and the political maneuvering involved in the suit and the confrontation of national and state interests with the power of a behemoth multinational corporation. In short, I would have expected something like last year’s The Big Short, a kind of expose of corruption down the line.

Along comes Peter Berg (Lone Survivor, Battleship, Friday Night Lights), who brings us not another Big Short but rather something we may not have expected: a disaster movie reminiscent of ’70s films like The Poseidon Adventure or The Towering Inferno, but with the much better effects that newer technology and a $100 million budget can create. But in ignoring the gruesome aftermath and cutting through the political and legal mess that surrounded the disaster, Berg draws our attention, in his “Floating Inferno” narrative, to a part of the story that most of us missed at the time: the harrowing experience of the workers who were on the Deepwater Horizon when it exploded, the acts of heroism that ensued in the chaotic minutes that followed, and the eleven workers who were killed in the disaster.

Our focal point for the story is the chief electronics technician on the rig, Mike Williams (Mark Wahlberg), whom we meet at home with his loving wife Felicia (Kate Hudson) and daughter Sydney (Stella Allen) in a kind of idyllic family scene designed to bond the audience to Mike so they take a personal interest in his survival when things go blooey later on. The scene is also used in a not-very-subtle way to teach us about just what it is Mike and his co-workers do on that oil rig. Conveniently, Sydney has to give a school report on her daddy’s job, and she practices this for Mom and Dad with the assistance of a shaken-up Coke can, which Mike punctures and sticks a straw in, while Sydney puts honey down the straw to simulate the shaft that penetrates the oil deposit and the “mud” used to block the oil from escaping up the shaft. As they move on after the end of the practice demonstration, the honey gives way and the Coke spews out. Could this be foreshadowing?

Because the rig is nearly fifty miles off shore, Mike must be transported out to it by helicopter for what is apparently the beginning of his shift. Coming with him are Andrea Fleyras (Gina Rodriguez), driver of the rig (who couldn’t get her car started that morning—coincidence?), and crew chief Jimmy Harrell (Kurt Russell), known affectionately by the crew as “Mister Jimmy.” Now I don’t know whether there is a conscious Rolling Stones allusion here, but I will say this about Mister Jimmy: man, did he look pretty ill by the end of the film, after going through explosions, fire, and huge crashing hunks of oil rig.

But I’m getting ahead of myself. When the three arrive at the rig, they learn to their surprise that certain safety procedures are being skipped. As crew chief, Mr. Jimmy is particularly miffed at this, and with Mike’s support goes to talk to the BP executives under whose orders the rig is operating. Jimmy, Mike, Andrea and the rest of the crew workers are employees of Transocean Ltd., which has leased the rig to BP. It is the BP executives, epitomized by a truly oily John Malkovich (as Donald Vidrine) with a passable Cajun accent, who are pushing to cut corners and get this well capped (they are already 43 days behind schedule) so that they can move on to what looks like an even more promising deposit elsewhere in the Gulf. Vidrine agrees finally to do the obligatory “negative pressure” test, which indicates unsafe pressure on the drill pipe. Vidrine convinces the crew that the negative test may be a false result caused by what he calls a “bladder effect,” and demands that they do another test on the “kill line.” This second test is satisfactory, and with Vidrine’s encouragement they decide to ignore the first result and begin to pull the mud from the pipe. At that point mud and oil begin to spew from the pipes, the whole rig is becoming overwhelmed, and then gas spews from the pipe and explodes into flames that soon engulf the whole rig.

In reality, there were Transoceanic technicians who were guilty of negligence in the disaster as well (the “bladder effect” hypothesis was first proposed by a Transocean employee), but Berg and screenwriters Matthew Michael Carnahan and Matthew Sand  have chosen to simplify the situation and place the blame solely on the BP executives, making the story a kind of Marxist Morality play with Vidrine and BP on the side of the Devil, as the evil capitalists whose only concern is the profit motive and who will sacrifice their own mothers for a chance to get another billion dollars in oil; and Mike, Jimmy and the working class employees on the side of the angels, expert craftsmen at their jobs and concerned with following all the steps that ensure the job is done right. This is underscored by a scene in which we see the workers on the rig confidently and competently performing their many complex tasks, juxtaposed with a scene in which the BP executives are playing a kind of makeshift soccer match with balled up sheets of paper in their office.

Berg’s film is best at the meticulous detail that has been put into the recreation of the Deepwater Horizon and the depiction of the technical acumen of the workers aboard the rig. The suspense that Berg builds in the scenes leading up to the disaster is also masterfully done: You’ll find yourself biting your lip in anticipation of those test results, and white knuckling your armrests as the mud begins to seep through the cracks in the rig. When all hell breaks loose, Berg represents the explosions and flames with visceral realism. And the chaotic conditions aboard are well represented by flying glass, falling beams, running humans, rapid camera cuts, and everything else in the disaster director’s toolbox.

But I must admit that by the time Mike was done running around heroically rescuing anyone who crossed his path, I was beginning to doze. That’s because Deepwater Horizon suffers from the same problem as the vast majority of “action films”: It assumes that if one explosion is good, ten must be better. If one daring escape is interesting, three of them must be three times as interesting. And if fifteen minutes of violent action can rivet the attention, then 45 minutes deserves three times as much attention. The fact is that the longer the action goes on, after a certain point, the less effective it is. Hence my drowsiness.

An attendant flaw in these kinds of films is that, since it is assumed that audiences can’t possibly sit for more than two hours (preferably 90 minutes), spending 45 of those minutes on the action climax leaves precious little time for us to learn enough about the characters to care much about them. In Deepwater Horizon, we get a relatively leisurely introduction to Wahlberg, who is that loving family man (and who, through his earlier work, we’ve come to regard as a sympathetic everyman hero). Berg has made certain we care about him.  But Rodriguez’s character has so little screen time that we aren’t personally invested in her welfare, and as for Mr. Jimmy, while Russell brings to the role some gravitas and some vestige of goodwill from previous parts (this is Wyatt Earp, isn’t it? You have to root for him), there is nothing in the movie that gives us his backstory or allows us to see him as anything but a one-dimensional “good guy” in the film’s morality-play universe, just as Malkovich, fascinating as he is to watch, remains a well-defined one-dimensional villain who is more or less a simple personification of greed.

Sadder still, it is possible that some of the workers depicted in the film were among the eleven killed in the disaster, but we never get to know enough about them to realize it, and mourn their loss, if they were. The film concludes with pictures of the dead. It also concludes with a note indicating that Vidrine and his fellow BP executive Robert Kaluza were indicted for manslaughter in the eleven deaths, but that the charges were later dropped. The audience will express its dismay at this point, but, as Mick Jagger would say, you can’t always get what you want.

I’m giving this film three Tennysons. Despite its flaws, which are largely endemic to the genre, it is very good at what it is trying to do, and if you’re in the market for an action/disaster movie, you could do a lot worse.