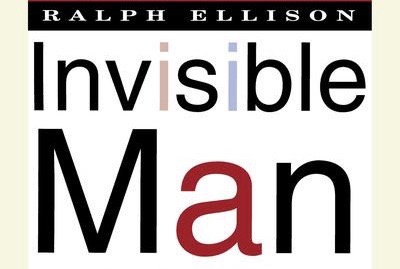 In my continuing quest in my retirement to read every important book I never got around to reading during my own education or my university career, I was most recently drawn to one of the most significant novels of the 20th century, Ralph Ellison’s InvisibleMan. Having recently read and reviewed Native Son, another acclaimed novel by a Black American novelist often contrasted with Ellison’s in the popular consciousness, I figured it was time to give Ellison his due, and took on this rather lengthy tome as my next project. The book has an impressive pedigree: It won the National Book Award for Fiction in 1953, and subsequently was placed at number 19 on the Modern Library’s 1998 list of the 100 best English-language novels of the 20thcentury, and then placed on Time magazine’s top 100 English-language novels since 1923, the year of Time’s birth.

Invisible Man is a picaresque novel, or a Bildungsroman—like Saul Bellow’s first major novel, The Adventures of Augie March, which appeared a year later than Ellison’s debut novel, won the National Book Award a year later in 1954, and also appears on those respected Modern Library and Time magazine lists. This is a genre that has always been well-liked but seems to have been particularly popular in the early 1950s. In a Bildungsroman, the protagonist moves from youthful innocence through experiences that mature him/her and force him/her to see the world more realistically. Both Ellison and Bellow present this sort of wandering hero, one who searches for a personal identity, who knows success and failure, who wavers between alienation and social acceptance in modern American society, in what Auden called the “Age of Anxiety.” And both do it with often comic nuances. But Ellison adds the extra layer of American racism to the mix. And while both novels belong to some extent to modern American realism—Ellison has noted his admiration for, and debt to, Hemingway—Invisible Man also owes something to Faulkner in its frank and complex examination of racism. And certainly Ellison was aware of, and partly influenced by, the realism of social protest novels like Native Son.

But Ellison’s novel, which navigates between styles like a skilled racer finding the best lane, goes beyond most of his predecessors and contemporaries in being not simply a modern novel, but a post-modern one. Part of this is due to a Kafkasque absurdity and surrealism in several sections of the book. This is most evident in a scene in which Jack, the narrator’s director in what Ellison calls “The Brotherhood,” gets so angry with him that his glass eye pops out, essentially revealing his symbolic blindness. Other absurdist scenes include the narrator’s semiconscious experience in the “Factory Hospital” in which doctors talk about lobotomizing him, and the darkly surrealist nightmare scene of the riot in Harlem in which the narrator flees police, Black rioters and White vigilantes to end up hiding in a subterranean coal pile. The last two scenes are reminiscent of, and perhaps were partly an inspiration for, Yossarian’s operation scene and his wandering through the dark nighttime streets of Rome in that quintessential post-modern novel, Catch-22.

But the first and most immediate influence on Invisible Man is Dostoevsky’s Notes from Underground. The novel begins with the statement

“I am an invisible man. No I am not a spook like those who haunted Edgar Allen Poe: Nor am I one of your Hollywood movie ectoplasms. I am a man of substance, of flesh and bone, fiber and liquids, and I might even be said to possess a mind. I am invisible, simply because people refuse to see me.”

Dostoevsky’s prototypical existential novella begins “I am a sick man… I am a spiteful man. I am an unpleasant man. I think my liver is diseased.” Both narrators are nameless and remain so throughout the books. This, of course, adds to Ellison’s character’s “invisibility.” Ellison’s narrator also literally lives underground, where he steals power from the electric company in order to live, and so very deliberately recalls Dostoevsky’s “underground man.” Even Ellison’s invisible man’s tone is, like Dostoevsky’s narrator’s, spiteful and bitter at times, particularly at the beginning of his rant. But cynical and disillusioned as he is, his tone becomes more hopeful as he tells the story of how he got to this point.

Like most first novels, Ellison’s is semi-autobiographical. Like his narrator, Ellison was the grandson of slaves. Born in Oklahoma in 1914, and growing up in Tulsa, Ellison left to attend the Tuskegee Institute in Alabama, where he planned to study music. Booker T. Washington had founded Tuskegee in 1881, and the school serves as the model for the narrator’s college, with its mythic “Founder,” in Invisible Man. Ellison left college in 1936 to live in Harlem, where he became acquainted with many of the most important African-American icons of the time, including Richard Wright as well as Langston Hughes and the artist Romare Bearden. With Wright, Ellison became attracted to the communist party, but like Wright, and his unnamed invisible man, he became disillusioned with the party, feeling they had betrayed African Americans.

The novel follows this general story arc. Beginning in an unnamed part of the rural south at an unspecified time—likely about 1931, if we think autobiographically—the narrator, star pupil at the local high school, gives a speech at his school about the Black man rising through self-effacing hard work , and is invited by local White leaders to give the speech at one of their meetings—a meeting that first includes a brutal and humiliating “Battle Royal” in which a group of young Black students are blindfolded and forced to fight each other for the entertainment of the White leaders. The speech is a hollow irony after that stomach-turning spectacle, but the group does present the narrator with a scholarship to a respected Black college.

The college, whose philosophy is essentially that expressed in his own graduation speech, turns out to be another disillusionment, as the White donors who help fund the school reveal themseves to be condescending racists—his hometown crackers with better manners and more genteel excuses—and his college president a charlatan who cares only about his own power and nothing for his race, and who expels the narrator for exposing a rich donor to the community of area Blacks who do not attend the college.

Exiled to Harlem, the narrator finds work in a paint factory, where an accident nearly kills him. After this he is taken in by Mary, who rents him a place in her building in Harlem, and who is the only completely unselfish and positive person he meets in the book. Later, after giving a spontaneous rousing speech while witnessing the eviction of an old Black couple from their home of a quarter century, he is recruited by the Brotherhood, Ellison’s euphemistic name for the communist party, and works for them, thinking he’s working for the betterment of the people of Harlem, until he comes to realize that the party is simply using African Americans to further their own agenda, and cares nothing about the individuals he wants to help.

By the end, the narrator, invisible as a Black man in a White society in whom people see only their own preconceptions; invisible as an individual in a modern western industrial collective; invisible as a man who, forced into cynicism by the destruction of all his ideals, has scorned society to live underground; actually expresses some hope. It’s hard to tell how seriously to take this hope: Throughout, the narrator has been characterized as something of an egotist, always motivated underneath by his hope of becoming a leader, a respected mover and shaker. And that has contributed to his naivete all along. Maybe his final determination to come out from underground is just another of these false starts. But at least he knows by now how complex the issues of race and identity in twentieth-century America are, and recognizes that all people are individuals. Maybe there is hope after all. In his last moments before going underground, he is after all trying to get back to Mary’s place.

Samuel Taylor Coleridge’s “The Rime of the Ancient Mariner,”...
Scroll to top