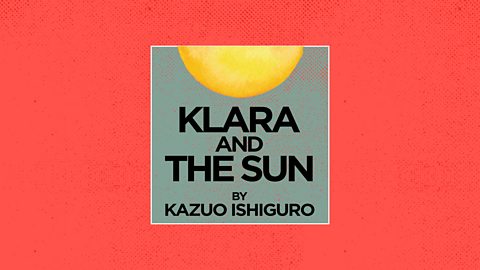 Klara and the Sun

One of my wife’s signature maxims is the uncomfortable truth that “You can never know if somebody loves you. You can only know if you feel loved.” This encapsulates succinctly the exasperating gulf between the unique and independent consciousness trapped within one physical body and that other “ghost in the machine” that inhabits another’s body. We have words that we use to try to convey what is inside to someone who is outside, but words are inexact, often misunderstood, may even be—indeed often are—lies.

Nobel laureate Kazuo Ishiguro’s latest novel, Klara and the Sun, explores this existential enigma through the character, and indeed through the words, of an artificial human, a robot named Klara—a literal machine through whose narration we are made aware of the ghost within. This, of course, is what literature does better than anything else, and indeed is the chief pragmatic argument these days for the inclusion of literature in the academic curriculum: It teaches empathy. It gives us the tools (and the inclination) to imagine the inner life of the Other.

In the case of the robot Klara, Ishiguro is exploring an aspect of artificial intelligence sometimes called “affective computing” or “artificial emotional intelligence,” an area that engineers have been exploring for decades, though simulation of feelings has, so far, eluded them. In Ishiguro’s near-future world, not only have designers made the breakthrough in enabling robots to simulate emotion, they have created, in machines like Klara, robots capable of true emotion—although we know this only because we actually know Klara’s mind as she narrates the story.

The novel begins as Klara, an “AF” (or “artificial friend”) sits in the display window in the showroom of a shop specializing in the sale of such beings. She has been manufactured as a mechanized companion for a child, a kind of cross between imaginary friend, baby-sitter, and pet. Klara, in the words of the kindly store supervisor she knows as Manager, “never miss[es] a thing.” As she sits in the display window, with great curiosity she absorbs and reacts to everything that happens in the outside world. She simply does not understand her companion and fellow AF Rosa, saying, “She could fail to notice so much, and even when I pointed something out to her, she’d still not see what was special or interesting about it.” Klara’s narration makes it clear that the AFs are not all the same, but like human beings they have the capacity to grow intellectually and emotionally, to display their own individuality.

Several reviewers have commented upon the fairy-tale aspects of this novel, and that is nowhere so apparent as when Klara meets her future real-life friend, Josie. Josie sees her in the window and Klara connects with her, and while Josie’s mother does not come into the store at that time, Josie makes a silent promise to come back for Klara. Ultimately moved out of her display window slot and shuffled to the back of the store to make way for the new and supposedly improved models of AF, Klara pines away for Josie, still hoping the young girl will come back for her.

And finally, she does. At first Josie does not see Klara in the back of the showroom, though Klara tries to get her attention without causing a scene. While Josie’s mother tries to convince Josie that she might be happier with a new and improved B3 model, Manager does mention that B2s like Klara are known for their empathy. As a kind of test, “The Mother” has Klara imitate Josie’s walk, which she does flawlessly. And like Cinderella at the ball, it is Klara who is ultimately chosen.

Life with Josie proves to be something less than “happily ever after,” however. Josie is in failing health, suffering from some sort of degenerative ailment that has her mother worried that she may not survive. In part this is exacerbated by the fact that she has already had one daughter who died. It eventually becomes clear that this illness is in fact a reaction to Josie’s being “lifted”—a term used apparently for genetic editing. In this future world, families with enough means regularly have their children “lifted” in order to increase their intelligence and their academic achievement. Rick, Josie’s best friend and romantic interest, has not been lifted, a fact that gives him only a two percent chance of getting into a good university. The lifted children study at home, taking college-level courses online from what Klara calls “oblong tutors,” and meet regularly in what are called “interaction meetings,” in which they are supposed to hone the social skills they miss by being home-schooled. Josie convinces Rick to join her in one of these meetings, where he, like Klara, is treated badly by the members of the group. Klara forms a bond with Rick as a fellow outsider, at the same time demonstrating to her readers that her own empathic skills far exceed many of the human beings she meets, including those of Josie herself.

With the notable exception of Rick, humans in general demonstrate less empathy than Klara in the book. One woman whose house she visits says to her “Are you a guest at all? Or do I treat you like a vacuum cleaner?” This is a novel that has a feel similar to Ishiguro’s Never Let Me Go: like the human clones in that novel, AFs like Klara are less than human and therefore outside the realm of human empathy, though in both books the narrating “Other” proves that attitude to be spurious. Certainly one of Ishiguro’s favorite themes is our exclusion of, even our denial of the humanity of, the Other.

One of the novel’s characters who treats Klara with more regard than others is The Mother, as Klara knows her. Josie’s mother spends an odd day with Klara in which the two of them visit a waterfall, leaving the ailing Josie behind. During the outing, The Mother has Klara imitate Josie again, and we better understand her motives for having Klara do so earlier in the showroom. There comes a time in the novel when we realize The Mother is toying with the idea of Klara acting the part of Josie if Josie dies, so as to lessen her grief. The fact that, for the mother, Klara’s perfect external simulation of Josie’s every word and action would give her back her daughter is a scathing comment on human beings’ lack of empathy: For her, her daughter’s identity is completely wound up in her external personality. But then, what else can she know? We are all, Ishiguro constantly reminds us, isolated in the impenetrable fortress of our selves.

Love is what we all long for, and love involves more than anything empathy for the other person. In Never Let Me Go, it is their true love that the narrator Kathy and her beloved Tommy believe will allow them to transcend their destiny. Here, Rick ultimately gives up on his love for Josie, but Klara is willing to sacrifice her own well-being for Josie’s: Her love for her soul-mate Josie never wanes. And it is what most clearly demonstrates her empathy and her ultimate humanity.

That humanity is demonstrated effectively by one other thing: Klara’s faith. Like all AFs, she is powered by the sun. Unlike her peers, her love of the sun that gives her life becomes an act of worship, and she even has faith that prayer to the sun might help cure Josie’s illness. Certainly no religious feeling has been programmed into Klara, but her emotional intelligence, her empathy, prompts her to do what many early humans did: recognize that all life on earth owes its existence to the power of the sun, and imagining that sun to have an intelligence and an inner life in the same way she can imagine Josie’s inner life. Empathy, it seems, is the seed of religious faith.

This novel is one worthy of the Nobel laureate, and will surely prove to be one of the year’s most admired. I recommend it highly: Four Shakespeares for this one.

Brooks Haxton’s “If I May”
Scroll to top