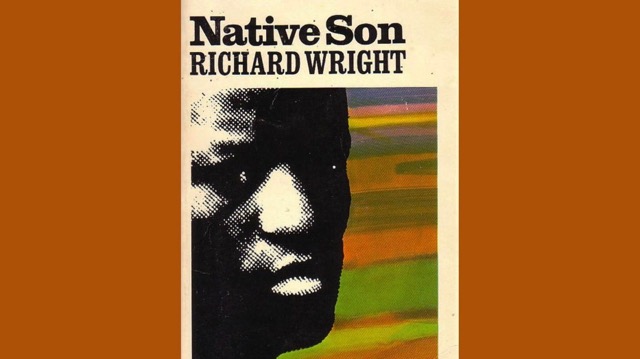 You’re not going to like Bigger Thomas. Even from the beginning of the novel, the protagonist of Native Son is surly to his family, irascible and even violent with his friends, and resentful to his new white employer and his daughter and her boyfriend who try to relate to him on a human level. But Richard Wright never wanted you to like him. Quite the opposite. In his earliest published work, the collection of stories called Uncle Tom’s Children, Wright had produced a text about Black experiences in racist America that garnered him a plethora of sentimental admirers. “I found that I had written a book which even bankers’ daughters could read and weep over and feel good about,” Wright wrote about his first book’s reception, and in his essay “How Bigger Was Born,” he said that in Native Son he set out to tell a story “no one would weep over.” And once Bigger has accidentally suffocated his white employer’s daughter Mary Dalton, and burned her body after decapitating her so he could fit her head in the furnace, and followed this up with the rape and murder of his Black girlfriend Bessie Means, no one is likely to.

But like him or not, there is no question that his story is a significant turning point in American literature. Until 1940, when Native Son made Wright the first African American to have a “Book of the Month Club” selection and also made him rich, selling 250,000 hardcover copies in its first three weeks, no Black novelist had approached the subject of race in American society so directly and so damningly. Wright’s literary models were all white: naturalist novelists attacking social ills, like Upton Sinclair, Frank Norris or Sinclair Lewis, or Russians like Dostoevsky, or century-old abolitionists like Harriet Beecher Stowe, whose title he had borrowed for Uncle Tom’s Children. But as the literary and social critic Irving Howe wrote in an oft-quoted assessment: “The day Native Son appeared, American culture was changed forever.” Native Son spawned the likes of Ralph Ellison and James Baldwin on the one hand, and made it clear on the other that racial oppression in American society was not going to be overcome without struggle and, almost certainly, violence.

Native Son was ranked No. 20 in the Modern Library’s much discussed list of the 100 greatest novels of the 20th century. Time Magazine also included the novel in its “100 Best English-language Novels since 1923” (the year Time debuted). The reason for these accolades is different, it seems to me, from the reasons that other books appear on these lists. The characters in Wright’s narrative are not especially noteworthy—the white characters tend to be stereotyped, either outright unapologetic racists for the most part, or politicians happy to use racist sentiments for their own political gains (like Buckley, the state prosecutor in an election year), or skin-deep liberals like the wealthy Henry Dalton, a philanthropist who provides a job for Bigger, gives money to the NAACP, and donates ping-pong tables to an outreach program for African American youths, while renting rat-infested apartments to Black families only in designated areas of the city. Bigger himself is a flat character, intended to be so by Wright so that he could be what he called a “meaningful and prophetic symbol” of Black people in general. For that, Wright has come under criticism from some of the African American writers who followed him, notably James Baldwin, who acknowledged that, to some extent, “No American Negro exists who does not have his private Bigger Thomas living in his skull.” But Baldwin, and others, have gone on to fault Bigger’s character for being completely out of touch with his own people, with Black culture. To a large extent, Baldwin notes, Wright’s book is written mainly for a white audience.

Nor is the plot of the novel especially noteworthy or clever. Some of the events are a bit far-fetched (he ends up killing the young woman the very same day he takes the job from her father) or contrived (the furnace starts smoking at the precise time that the room is full of newspaper reporters, leading to the discovery of the bones in the ashes), and worst of all, rather than letting the narrative speak for itself, Wright includes a courtroom scene in which Bigger’s lawyer, Max, gives a lengthy speech detailing everything that is wrong with American society that has ultimately resulted in the production of a Bigger Thomas. Mark Twain once advised writers “Don’t say ‘the lady screamed.’ Bring her on, and let her scream.” In his last act, Wright not only tells us that the lady screamed, he explains ad infinitum how, why, and how much she screamed. The book at that point becomes as didactic as any medieval morality play, and less entertaining. But it’s also another flaw in the plot: Bigger’s lawyer never calls a single witness, barely cross-examines witnesses brought by the prosecution, never tries to find flaws (and there definitely are some) in the state’s case against his client. His entire defense strategy is based on having Bigger plead guilty and putting society on trial. Would any real lawyer try a case this way?

Where, then, does the strength of this novel lie? Like its forerunner Uncle Tom’s Cabin, Native Son is most moving when it depicts the society in which this crime was incubated. The story begins in Bigger’s home—a one-room apartment he shares with his mother, brother, and sister, in which he has to chase down and kill a rat as soon as he wakes up. It is a room rented to them by the company owned by Henry Dalton, father of the girl he will kill later that night. It is rented to them for twice the rent a white person would be asked to pay because, Dalton explains later in court, there is a shortage of housing in the designated Black area of the city (and Blacks cannot rent anywhere outside of that ghetto). So the law of supply and demand drives the cost of rent up. And no, Mr. Dalton could not charge less for his rentals, because he would be undercutting the other property renters in the district, and that would be unethical. That is what he says would be unethical.

Bigger’s schooling was substandard, and he had considered going to a flight school and learning to fly planes but he was the wrong color to be admitted to the school. He considered joining the army, but in the Jim Crow army of the late 1930s his only opportunities would be of the ditch digging variety. So economic opportunities were pretty slim. Nor does the legal system treat him at all fairly: He is questioned by the state’s attorney without having a lawyer present; has no money, of course, to retain a lawyer and is never offered a public defender; he is charged with crimes for which there was no evidence he had committed, including the universal assumption that he must have raped Mary Dalton before killing her; and he goes to court without any hint of the presumption of innocence.

Much of this last circumstance is fed by the local media, in the form chiefly of newspapers, which Bigger keeps looking at, liking the publicity of being on the front page. But he is guilty in the papers long before his trial, as the stories refer to him as a murderer and rapist. In one story he reads:

“Though the Negro killer’s body does not seem compactly built, he gives the impression of possessing abnormal physical strength. He is about five feet, nine inches tall and his skin is exceedingly black. His lower jaw protrudes obnoxiously, reminding one of a jungle beast.

His arms are long, hanging in a dangling fashion to his knees. . . . His shoulders are huge and muscular, and he keeps them hunched, as if about to spring upon you at any moment. He looks at the world with a strange, sullen, fixed-from-under stare, as though defying all efforts of compassion.

“All in all, he seems a beast utterly untouched by the softening influences of modern civilization. In speech and manner he lacks the charm of the average, harmless, genial, grinning southern darky so beloved by the American people.”

The passage is so egregiously racist that it stretches the limits of our credulity, but the fact is Wright was basing the language on actual articles that had appeared in the Chicago Tribune in 1939 concerning Robert Nixon, an African American executed for killing a white woman that year.

In the midst of all this can Bigger find solace in religion? His mother is a true believer, and tells him consistently to pray. She sends a Black preacher to comfort him in his cell: Reverend Hammond, who tries to give Bigger the comfort of religion, but only succeeds in angering him, and when Bigger sees the burning cross of the KKK on top of a building, he tears off his cross. Religion in the book is simply an opiate to keep the Black masses in their place, dreaming of pie in the sky by and by while they put up with the indignities of this world.

Bigger’s lawyer Max believes that communism might provide the answer, and Wright, secretary of the Chicago chapter of the John Reed Club in 1940, may have agreed, though he renounced communism two years later. But Bigger does not agree. His last exchange with Max reveals no faith in an ultimate classless society where Blacks will have true equality. Like religion, Bigger sees Max’s view as finally just another pipe-dream.

In the end, what Wright portrays in the novel is what some see in the current wave of police violence against people of color: The truth is that is that the system is perfectly calibrated to produce the ends that it produces. Bigger is the product of systemic racism. Look how far we’ve come in 80 years.

Three Tennysons and half a Shakespeare for this one.