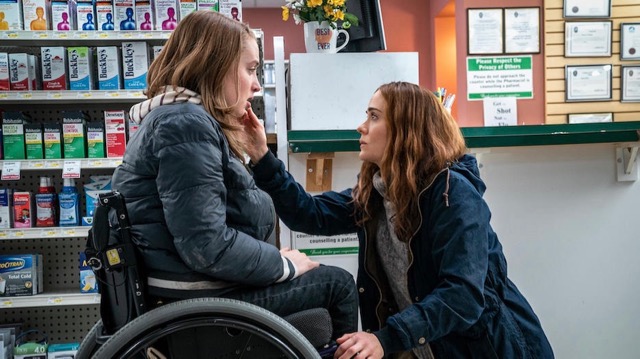 The mental disorder generally known as “Munchausen Syndrome by Proxy” seems to be having a moment in popular culture. The term describes a condition in which caregivers deliberately report nonexistent symptoms or, more alarming, cause deliberate harm to a child or, on occasion, an elderly person in their care. In 95 percent of the known cases of Munchausen by Proxy, the perpetrator is the child’s mother. Most often this is done in order to draw attention or sympathy or even praise to the caregiver as someone bravely coping with such difficulties. Thus the term “Munchausen,” alluding to the German cavalry officer Baron von Munchausen, who was famous for telling wildly exaggerated stories about his adventures in order to court attention.

Thus director Aneesh Chaganty (Searching) is only the most recent of a plethora of film and television producers, directors and writers to have tapped into a contemporary obsession. Just in the last few years, the Hulu series The Act, the HBO series Sharp Objects, the thriller flick Ma and the Paul Thomas Anderson film Phantom Thread have all dealt with the phenomenon. Prior to that, though, on-screen depictions of the disorder were not unknown. Perhaps the earliest was the 1994 movie A Child’s Cry for Help, but it was seen as a subplot in 1999’s The Sixth Sense, and is a major plot element in the 2003 Japanese horror film, One Missed Call. The 2013 TV movie The Good Mother also deals with the syndrome.

What makes this syndrome so fascinating to filmmakers and audiences, especially at this particular moment in time? Of course the overturning of our expectations and our ingrained conditioning to associate mothers and similar caregivers with loving concern for their children feeds our shock and horror when the opposite turns out to be the case. But what bolsters the current trend of these movies may also be the controversy surrounding the syndrome. Although it was first identified in 1977 by a British pediatrician, neither the medical nor the legal community actually recognizes “Munchausen syndrome” as a condition, preferring to lump it under what is called Factitious Disorder Imposed on Another, or FDIA. The World Health Organization described FDIA in 1993 (the year before A Child’s Cry for Help), and in the United States, FDIA was officially recognized as a psychological disorder in 2013 (the same year as The Good Mother).

What distinguishes Chanty’s Run from many of these previous depictions of the syndrome is that in some of those previous portrayals, it is not the child’s mother but some other caregiver or parental substitute who is guilty of the crime. Or, if it is the mother, she has some possibly nefarious but explicable motive for her actions, or else she simply wants to have complete control over the child. In a 2019 Vanity Fair article author Patricia Dunlop suggests that this is mainly because we just don’t want to believe what is most often the real motive:

“I just think that concept of a mother torturing—methodically torturing their children over decades—because they want attention is so horrific, and so hard for people to wrap their heads around, that I think they try and find these other reasons where they can still have the mother be ultimately loving.”

This is what Chaganty, more than his predecessors in this business, gets right. Sarah Paulson (from TV’s American Horror Story and Ratched) is the earnest, struggling mother Diane who convinces everyone that she is the world’s greatest Mom. “Everything I do is for you,” she tells her wheelchair-bound daughter Chloe, while imploring the one person willing to help Chloe, “believe a mother when she tells you that her child is sick.”

We first see Diane in a hospital, looking at her newborn infant girl, born prematurely and struggling with a number of issues. Will she be all right, the new mother is asking of the apparently dead newborn. On the screen flash five title cards that describe serious medical conditions: arrhythmia, hemochromatosis, asthma, diabetes and paralysis.

Flash forward seventeen years, and we see Diane in a meeting of home-schooling parents, where she tells the group proudly that she has no worries at all about sending Chloe off to college the next year, since, because of her various ailments, Chloe has been through more in her seventeen years than most people experience in their entire lives, and so will be more than ready for a transition to college. Clearly, she is gratified to be able to pose as the heroic mother who has successfully maneuvered her real daughter through a rocky childhood.

When we first meet Chloe (played by Kiera Allen, who actually does use a wheelchair, in a very impressive first screen role), she is waiting for the mail, which her mother always brings in, hoping that an acceptance will come from the University of Washington or one of the other colleges to which she has applied. Diane has promised to let her open any such letter, but we begin to suspect she’s filtering them out. Chloe uses an inhaler and takes a range of medications, all carefully supervised by Diane. As the film goes on, we learn that Chloe is not allowed to have a cell phone, and is only allowed to use the internet under her mother’s supervision. The two live in a farmhouse in the country outside of Seattle, and have no close neighbors. Chloe has always been home-schooled, has no friends her own age, and spends all of her time with her mother.

Things begin to come apart when Chloe notices that one of her bottles of pills is actually prescribed in her mother’s name. When she learns that the pills are not what the label says they are, she tries to determine what the drug actually is, and her isolation from the world is driven home to us when she is forced to randomly dial a number and ask a complete stranger to look up the drug on the internet for her.

Now things start to unravel for Diane, and she struggles to keep her loving face pasted on while she schemes to stop her daughter from finding out the truth or telling anybody about her abuse. I can’t really tell you anything more about the plot without including spoilers, since there is revelation after revelation as Chaganty’s (and co-writer Sev Ohanian’s) screenplay moves on in fits and starts from one suspenseful “OMG is her mother going to catch her?” scene to another. Suffice it to say that this film will keep you on the edge of your seat.

And maybe that’s enough, especially since this in many ways may be the best of the recent films dealing with this form of abuse. And yet when all is said and done, it probably won’t take you long to start seeing holes in the plot, or noting places in the script where your willing suspension of disbelief was stretched to the breaking point. This may even occur before the movie is over, since the ending really stretches the bonds of credulity—for me, enough to make me throw up my hands.

Ultimately, it must be affirmed that both Paulson and newcomer Allen give impressive performances, and the film is good if you’re looking for an entertaining thriller (or as my wife says, it’s good for what it’s good for), but for me it just didn’t hold up. Two Jacqueline Susanns and half a Tennyson for this one. 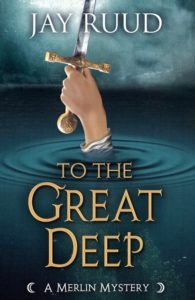 The Order
Scroll to top