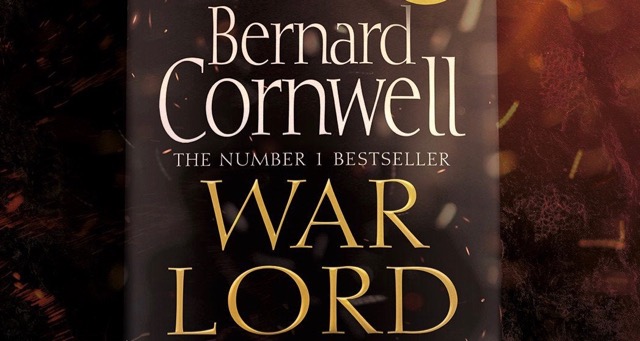 Ask anyone about the greatest battles in English history and the Battle of Brunanburh is not likely to trip lightly off their tongue. And yet without this battle there would have been no “England” at all.

The battle, as first recorded in Old English heroic verse as the entry for the year 937 in the Anglo-Saxon Chronicle, was fought by Alfred the Great’s grandson Æthelstan

(king of Wessex, Mercia, Kent and East Anglia), against the combined armies of Anlaf (or “Olaf”) Guthfrithson, the Norse king of Dublin; Constantine II, king of Scotland; and Owain, King of Strathclyde, who had invaded Northumberland. It was a climactic battle in the history of the British Isles, since it determined that Æthelstanwould be king of Northumbria, and therefore the first king of a completely united England, thus bringing to fruition the precious dream of his grandfather. This climactic battle is the fitting and inevitable conclusion to Bernard Cornwell’s epic thirteen-volume series, the international best-selling Saxon Chronicles or “Last Kingdom” series.

From the beginning of this long life story of the pagan warrior Uhtred of Bebbanburg as a youth in the court of King Alfred, destiny seems to have been moving inevitably toward this point and this battle that would see Alfred’s dream fulfilled. “Wyrd bið ful āræd,” Uhtred thinks to himself constantly: “Fate is inexorable.” Cornwell’s novel clarifies the ambitions and motivations of the chief participants in the battle in ways that even scholars familiar with the Old English poem may only fuzzily grasp: Anlaf claims to be heir to the throne of York, and aims to establish himself as the Viking king of Northumberland. Owain wants to assert his authority over Cumbria, where many of his countryman have settled. And Constantine wants to avenge himself on Æthelstanfor having invaded Scotland in 934, and also wants to set up Anlaf in a buffer kingdom between his Scotland and Æthelstan’s England. These, at least, are the plausible motives Cornwell gives the characters.

That Brunanburh was the inevitable end of Cornwell’s series was apparent to medieval scholars who are entertained by his novels for at least the past two books prior to War Lord, ever since Cornwell introduced the character of Egil Skallagrimsson as a friend and supporter of Uhtred, from whom he and his brother Thorolf hold lands. In the important Icelandic text Egil’s Saga (attributed to Iceland’s greatest writer, the 13th-century Snorri Sturluson), the great Norse warrior and skaldic poet Egil takes part on Æthelstan’s side in the Battle of Brunanburh (which Snorri calls the Battle of Vin Moor). Although the details of the battle in Egil’s Saga (written 300 years after the fact) are not considered reliable, Cornwell has borrowed some of these details (for lack of any better guide) in his description of the battlefield: Snorri has Anlaf (“Olaf”) set up hazel rods to mark the boundaries of the battlefield, through which a river runs, and Cornwell borrows this detail. (He seems not to have been familiar with, or at least to have disregarded, other parts of Egil’s Saga, since he makes Egil a good looking man desirable to women, whereas Snorri pictures him as troll-like in appearance, and makes Thorolf Egil’s younger brother, where Snorri says he is older).

Cornwell has followed the most recent scholarship in placing the controversial site of Brunanburh on the Wirral peninsula in Cheshire. But the battle itself is, like all of Cornwell’s climactic battles in this series and his others, described in thrilling and precise detail. Cornwell’s knowledge of arms, of battle tactics, or fighting strategies, and his ability to depict the feel, sounds, sights and smells of battle, his bringing to life the precise method by which a man is killed in a shield wall, are second to none in all the literature of battles.

I spend so much time on the battle and its background because, as in his other books, the battle is the most important part of the novel. But fans of Cornwell’s series will find far more than this to praise in the book. The aged Uhtred has lost a step or two, but is still proudly pagan and still a force to be reckoned with on the battlefield, putting young whippersnappers in their place—though his longtime lieutenant, the Irishman Finan, and his son and heir, the young Uhtred, do their best to keep him behind the front lines. He’s still a supreme tactician and a canny judge of character, and he still is motivated more by his love of his home Bebbanburg and his desire to protect it from Constantine, or Æthelstan, or anybody else who might want to take it from him, than he is by ambition or greed. And the political machinations around Bebbanburg and its strategic location form the bulk of the plot here, ultimately forcing Uhtred to choose sides in a coming battle in which the fate of Northumbria will be decided: Does he go with Constantine, who offers friendship and reminds Uhtred that he actually has no allies at all, or does he go with Æthelstan, whom he once promised to protect and whom he himself put on the throne, but who has broken his oath to Uhtred by invading Northumbria? “He’s risen above me. He’s King of Britain and I’m old and irrelevant. He wants a new Britain dominated by England, and I’m a small pagan stone in his royal Christian shoe,” he tells his current woman, the Italian former slave Benedetta. “So what will you do?” she asks.  Should he just hole up in Bebbanburg for the duration and say, “A plague on both your houses?”

There is in War Lord, more noticeably than in previous novels in the series, an elegiac ubisunttone reminiscent of Old English poetry itself. Where have the old days gone, the narrating Uhtred seems to ask. He thinks back often on Alfred and his ambitions. He remembers many of the men he has killed and expects to drink and dine with when he meets them in Valhalla. He remembers many of the women in his life, including Æthelflæd, Alfred’s daughter and the lady of Mercia, to whom he had made the promise to protect her nephew Æthelstan. And we are also reintroduced to memorable characters from past books, including King Hywell of Wales; the stolid Steapa, great champion of King Alfred; and Uhtred’s first son, who scorned his father’s religion and his training as a warrior and became a Christian priest, to Uhtred’s perpetual fury. Now raised to Bishop by Æthelstan, his reunion with his father is one of the unforgettable parts of this novel.

If you are a devotee of this series, or if you’ve watched any of the BBC/Netflix series The Last Kingdom (now renewed for a fifth season), this book will not disappoint. Cornwell began the series after meeting his biological father, whose last name was Oughtred and who showed him a family tree indicating that his ancestors once owned what is now called Bamburgh Castle in Northumbria, a kernel that gave him an entry into the period. His interest was picqued enough to result in a thirteen-book story that has consumed most of his writing time for the past sixteen years. With War Lord, which just came out on October 15, he’s completed that story—and now says he will return to a character Cornwell fans feared we had seen the last of—Richard Sharpe. Yes, there is a new Sharpe novel in the works. It will be welcome, but even that may not make up for the sad demise of this great series. It almost feels like Ragnarok. Four Shakespeares for this terrific finish to a great series.