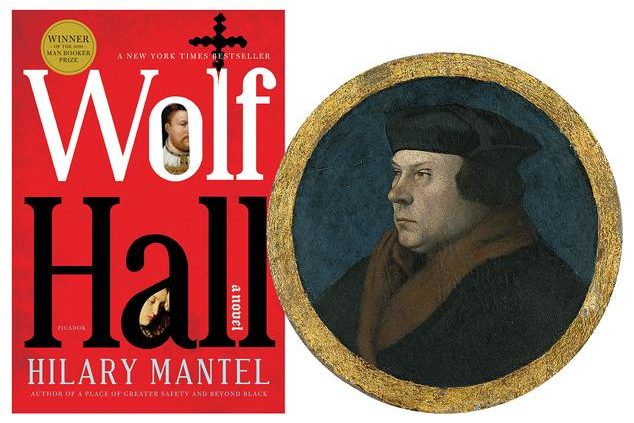 Like a lot of people, my concept of Thomas More, or I suppose I should say “Saint Thomas More,” has been shaped by two major texts. The first, his famous literary text Utopia, reveals him to be a brilliant Renaissance thinker, a rational humanist philosopher whose thought, particularly as regards political philosophy, made him admired throughout sixteenth-century Europe. The other, Robert Bolt’s play and later Oscar-winning film A Man for All Seasons, depicts the embattled More as a principled man of conscience who, though appointed Chancellor of England under King Henry VIII, refused to support Henry’s divorce of his first wife Catherine of Aragon, his marriage to Anne Boleyn, and most importantly his installation of himself as  head of the English Church, in place of the Pope. His opposition cost More his life but also made him remembered as a martyr and ultimately a saint by the Roman Catholic Church. Indeed, he was revered in his own time and respected by his contemporaries, noble and common alike, and after his death he was lauded by Catholic scholars and clergy in particular, giving him a reputation that lay behind Bolt’s modern depiction of the gentle, kindly, reasonable statesman.

Thomas Cromwell, on the other hand, usually portrayed as King Henry’s Enforcer, has come down to us portrayed as an unscrupulous, self-seeking Machiavellian, presented by Bolt as More’s opposite, ready to do anything Henry wants in order to enhance his own wealth and power: a man, in contrast to Saint Thomas, with no moral center at all. Ruthless and corrupt, Cromwell is associated with the dissolution of the monasteries, instrumental in taking their wealth for the greedy king (and enriching himself in the process). Much of this reputation comes from the picture painted by the sixteenth century Cardinal Reginald Pole, writing from a purely Catholic viewpoint. In Bolt’s play, Cromwell essentially hounds More to his death.

Hilary Mantel’s Booker-prize winning 2009 novel Wolf Hall, however, turns this long-accepted characterization on its head. More’s avid support of orthodox Catholicism is assumed in his traditional reputation, but Mantel does not ignore what is seldom remembered about this support: that it included, in his position at Chancellor, the determined opposition to the Protestant reformation, which he saw as dangerous heresy, and the determined rooting out of such heresy in England—including an unflinching support of the punishment for such heresy, burning at the stake. The Benedictine monk Richard Bainfield was burned on More’s watch in November of 1531, and at least two others were burned before he resigned as Chancellor in May of 1532.

And in telling the story of Henry’s divorce from Catherine, his marriage to Anne, and most importantly his break with Rome, Mantel focuses in great detail on her chosen protagonist, the much reviled Thomas Cromwell. What if, she seems to ask, Cromwell has been unfairly maligned by history—by his contemporaries who were jealous of his political skill and legal acumen, by members of the court who perhaps looked down upon him for his humble birth, by Catholics who saw him as ruthless because of his support for the Protestant cause in England.

In Mantel’s reconsideration, Cromwell comes across as interested in his own advancement, certainly, and proud of his rise from the son of a blacksmith to the heights of power in Henry’s court, but hardly unscrupulous. He is also a man fiercely loyal to his first master, Cardinal Wolsey, and then to the king himself. He is someone who sees the practical means of accomplishing the things that his superiors want done, and finds the argument that will convince others to go along with the plan. He is a born negotiator and practical man of business, and finds ways to bring people into agreement without force or the threat of violence. He is, in short, a modern man in a society with at least one foot in the Middle Ages, and so comes across to his contemporaries as untrustworthy—the king tells him at one point that he keeps him around because he is “cunning as a bag of serpents.”

But Mantel’s Cromwell is more than an unthinking enforcer of the king’s will. He is a dedicated reformer who has committed the entire New Testament to memory, and who despises the cult of saints, the veneration of relics, the supremacy of the papacy, even the doctrine of transubstantiation, muttering about all these things “show me where it says this in the scriptures”; and he is an advocate of Tyndale, whose English Bible he praises, though not where it might get him into trouble. And he is a kind and generous man, who respects and often tries to help enemies whom he has bested, whether it is the former Queen Catherine or her daughter Mary (whom he advises the king to be kind to), or More himself, who Cromwell consistently and sincerely tries to save by convincing him to sign the paper that will prevent his execution.

The novel begins with a young Cromwell, perhaps fourteen years old, being brutally beaten by his cruel, drunken father, a Putney blacksmith. Next we see him in 1527, approximately 40 years of age (his birthdate is unknown—to him or us), acting as a trusted adviser to Henry’s trusted minister Cardinal Wolsey. The intervening years, during which Cromwell fled to the continent, spending time among the merchants of Antwerp, in the French army, and working as an accountant at a Florentine bank picking up an education and several languages along the way, are told sparingly in short flashbacks as the narrative moves along.

The story, told in the present tense with Cromwell as the focal character, unfolds not so much as a study of the past but a re-experiencing of it as it is happening. Mantel’s scrupulous, exhausting research brings every scene to life, whether it has to do with the sudden deaths of Cromwell’s wife and daughters from the dreaded “Sweating Sickness” or Henry’s crushing disappointment at the stillborn second child with Anne. Things occur in the novel not as the fulfillment of historical facts we already know but as the unforeseen developments of the book’s current situation. We follow Cromwell’s willing assistance in Wolsey’s dissolution of the northern monasteries, we see how he survives Wolsey’s fall from grace after his inability to secure Henry’s divorce from Catherine, and we see Cromwell remain loyal to his former master even while rising in the king’s service, successfully maneuvering Catherine’s divorce and Anne’s rise to power in a court beset with rivalries. And we see his rivalry with More climax, to his chagrin, with More’s execution in 1535 just as the novel ends. It is a rivalry underscored vividly when Cromwell, grieving his wife and daughter, recalls Tyndale’s translation of Paul’s I Corinthians 13:“now abideth faith, hope and love, even these three; but the greatest of these is love”—and he recalls how More condemned this translation as “wicked,” insisting on the term “charity.” More would, he thinks, “for a difference in your Greek, kill you.”

Certainly More is not depicted as wholly unlikeable, but Mantel makes him a man just as self-seeking as Cromwell, particularly with regard to his own reputation. He comes across as human, not as a plaster saint. Anne, too, is less sympathetic than she is often made, coming across as manipulative and spiteful—and dangerous, while the often maligned Wolsey is, like Cromwell himself, far more sympathetic here than in most portrayals. Pompous and self-serving as he is, his motives are far more benevolent than often portrayed. The king is a man of great passions and shifting moods, but seems a real person and a largely sympathetic one. Jane Seymour, destined to become Henry’s third wife, also makes an appearance here, charming Cromwell and the reader as well.

It is from the Seymour manor Wolf Hall in Wiltshire that the novel’s title comes, a house that, in the novel, is the site of a scandal involving male members of the Seymour family preying on women. Wolf Hall, it seems, is what the Renaissance would have called a microcosm of the whole English court—a pack of wolves through which Cromwell must maneuver. This is a novel that I did not want to end, despite its more than 600 pages, and that reaction probably explains the Booker Prize it won. It also explains the success of its sequel, Bring Up the Bodies, which continues the Cromwell story and which won Mantel her second Booker Prize. The third installment, The Mirror and the Light, has just been published, completing the trilogy, which I intend to finish myself as soon as possible. I recommend that you do the same.