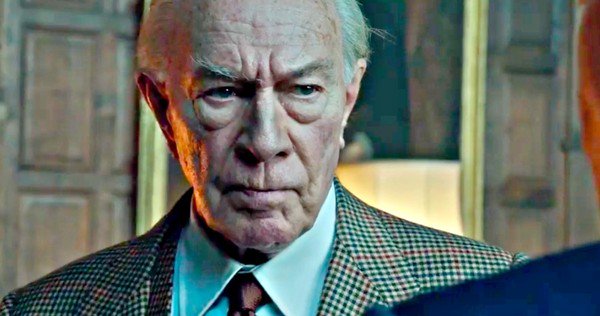 All the Money in the World

It may be inevitable that Ridley Scott’s new film, All the Money in the World, concerning the notorious 1973 kidnapping of 16-year-old John Paul Getty III, grandson of the richest man in the world, will be remembered for the remarkable drama that took place behind the scenes during the making of the movie, rather than the story captured by the camera and being shown on movie screens across the world. By now everyone knows that, as a result of the avalanche of sexual assault and harassment allegations that emerged against the film’s star Kevin Spacey just two months before the film’s scheduled release, Scott made the bold decision of replacing the actor portraying the elder Getty with veteran actor Christopher Plummer, reshooting some 400 shots in 22 scenes that had featured Spacey over a period of nine 18-hour days, and re-editing the finished product to get it into theaters within a few days of its scheduled release date. Scott’s commitment to getting the job done and to eliminating any association of Spacey’s with the project, the 88-year-old Plummer’s stamina dealing with the grueling reshooting schedule, and the willingness of the film’s other stars, Michelle Williams and Mark Wahlberg, to commit to the reshooting schedule as well, are nothing short of heroic. It cost another ten million dollars to finish the film after Spacey’s elimination, but it was either spend that much more to make the project marketable, or eat the entire cost of a film that perhaps could never be released as it was.

If you go into the film without knowledge of that backstory, you will be oblivious to any trauma in the making of the movie, because all of Plummer’s scenes are seamlessly incorporated into the film. And even if you didn’t know that what Plummer was doing in his scenes was essentially saving the movie, you could not help but admire his portrayal of a man who could easily be regarded as a monster: the richest man in the world—indeed as the film makes clear, the richest person who has ever lived in the entire history of the world by the time this story takes place—who refuses to pay the $17 million ransom asked for his favorite grandson. Plummer manages to give this cold, heartless, empty husk of a man a touch of humanity who can even evoke a momentary spark of audience sympathy. Well, that may be going too far—maybe not sympathy but at least a recognition of his humanity. Plummer really does make the movie.

Screenwriter David Scarpa’s story begins as the 16-year old Getty III (Charlie Plummer from TV’s Boardwalk Empire—and no relation to Christopher), with long blond hair and a baby face, wanders the streets of Rome exchanging banter with a group of sex workers, one of whom tells him he should go home to his mother and stop wandering the streets alone. No sooner does the teenager announce that he can take care of himself than he is grabbed by a small group of ruffians and shoved into an old Volkswagen van. A ransom demand for $17 million is made to Paul’s mother Gail (Michelle Williams of Manchester by the Sea), but, divorced from her alcoholic, drug-addict husband Getty Jr. (Andrew Buchan of TV’s Broadchurch), she has no fortune of her own, and is forced to approach her estranged father-in-law, the richest man in the world, to ransom her son. But the elder Getty, confronted with the demand that amounts to a single day of earnings in his vast empire, very publicly tells the press exactly how much he is willing to pay for the safe return of his favorite grandson: “Nothing.”

There is an echo here of Shakespeare’s King Lear, who famously says in the first scene of that play that “Nothing will come of nothing,” ironically unaware of the great tragedy about to befall him. Here, too, if Getty is the film’s tragic figure, it is upon this “nothing” that tragedy is built.

While Getty is stubbornly unwilling to pay a cent in ransom despite Gail’s continuous pleading and the kidnappers’ insistent demands, he does dispatch his personal adviser and negotiator Fletcher Chase (a strangely miscast Mark Wahlberg), an ex-CIA agent, to try to bargain with the kidnappers and secure his grandson’s release. At one point Chase even comes to believe that Paul is faking his own kidnapping and will reappear once it becomes clear grandpa isn’t biting. Meanwhile, as the weeks pass, the original somewhat incompetent kidnappers sell off the young victim to a more serious and brutal gang that turns up the heat on Paul and on Gail, but even when Chase is convinced that things have become quite serious, Getty remains adamantly close-fisted. There is a scene in which Getty is shown negotiating with someone and agreeing to a price tag of millions—but it turns out to be for a painting for his personal collection. Just what Getty is willing and what he is not willing to spend money on are maddeningly twisted questions in this film.

As things begin to turn truly ugly and we in the audience begin to join Gail in fearing for young Paul’s life, one of the original kidnappers, Cinquanta (Romain Duris of The Confession), now working for the new mob, pleads with Gail to come up with the money to save Paul, and does what he can in the mob to protect the young man. The irony of these scenes is incredibly heavy as he becomes a foil to Getty himself, for it becomes clear that the boy’s kidnapper cares more for his life and safety than does his own grandfather.

Scott adds some flashback scenes in the early part of the film that demonstrate how Getty built his empire, and a few others that indicate his strained relationship with his son, Gail, and the child Paul, while that family was still together. Getty Jr.’s complete lack of contact with his father, his resentment over his father’s total absence from his life when he himself was a child, and the elder Getty’s giving him just enough rope to hang himself when he appeals to the absent father for help during his financial difficulties, prepare us for the old man’s lack of cooperation in Paul’s kidnapping case.

As Gail, Williams is spot on and sympathetic in her battle against merciless kidnappers on one hand and the embodiment of merciless corporate capitalism on the other. The four-time Oscar nominee turns in another praiseworthy performance here, though as her constant companion, Wahlberg seems somewhat bland. His role essentially has him trying to make things work out, but though Getty considers him—and he considers himself—the best negotiator in the business, he comes across as pretty incompetent, and nothing positive in the outcome of the film can be attributed to him. More than anything else, he is a kind of chorus figure: He is here to observe and to comment upon events, but doesn’t seem to influence them much. Like the audience, his frustration with Getty becomes harder and harder to hold in as the events continue.

The younger Plummer is waiflike enough to be sympathetic most of the time, though it’s hard to really get to know him—primarily he is the thing that sets the action going, and the scenes with him would be nothing but clichéd “we have this kid and we’re holding him for ransom” fare if it weren’t for Duris as Cinquanta, who makes us believe Paul is somebody we ought to care about because he cares about him so much himself.

But though the scenes of Paul with the kidnappers and of Gail and Chase trying to deal with the kidnappers’ demands and with Getty’s reluctance are necessary to shuffle between in order to keep us aware of what’s going on, it is the scenes with Plummer as Getty, conniving in the boardroom, defiant with the press, cold, pathetic, and mean alone in his Citizen Kane-like mansion full of artifacts and empty of people, that make this movie worth seeing. Three Tennysons and half a Shakespeare for this one.

e.e. cummings’ “somewhere i have never travelled, gladly beyond...
Scroll to top