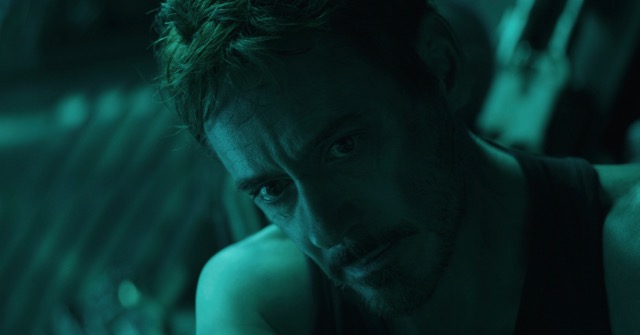 A glance at the scheduled showings of Avengers: Endgame will reveal that there are 35 separate showings of the film that you can go to. And that, my friends is just in Conway. You can multiply that by about seven if you’re planning to attend the film in Little Rock. And theater-owners are probably cursing the fact that the movie runs for some 182 minutes—just over three hours—because if it had been a typical two-hour film, they could have increased the number of showings by another 50 percent. This plethora of opportunities to view Endgame is the natural consequence of the fact that, in twenty-one previous films over the past eleven years, the Marvel Cinematic Universe has been counting down to this particular moment in time: the climax of everything that has gone before. It was Marvel’s perfect design to create the single most anticipated, and therefore the single highest grossing, film project of all time. The film’s $350 million domestic opening weekend—the highest in history—is a good indication that particular goal will be achieved, as is the world-wide gross of $1.2 billion, and that’s in just three days, folks.

So the questions arises, is this a film that’s worthy of all the hype? Certainly most of the rabid Marvel fans are going to be satisfied with what filmmakers have done with their favorite characters in this final episode, the series finale as it were. But if Endgame is going to be the record-setting blockbuster being anticipated, it really needs to appeal to more viewers than just the ones who remember the difference between Iron Man II and Iron Man III. And rest assured, dear readers, it will.

You may not recall, though I certainly do, that in my unenthusiastic review of this film’s prequel, Infinity War, I complained that the filmmakers’ insistence on putting every Marvel hero and their mother into the film made it impossible for the audience to relate closely to any particular character, so that even the shocking ending, in which the Behemoth Malthusian villain Thanos (Josh Brolin) snapped his six-Infinity-Stoned fingers and wiped out half of the sentient life in the universe, didn’t make us mourn all that much the loss of characters we’d only seen say one or two lines in the course of the film.

Ironically, it’s exactly that act of super-genocide that makes Endgame a much superior film: With the likes of Black Panther, Dr. Strange  and Spiderman turned to dust, we’re left with Avengers keystones Iron Man (Robert Downey Jr.) and Captain America (Chris Evans) holding up their respective cynical and optimistic views of humanity, supported by the Hulk (Mark Ruffalo), Thor (Chris Hemsworth), Black Widow (Scarlett Johansson), and her apparently Platonic boyfriend Hawkeye (Jeremy Renner). They are joined by Guardians of the Galaxy Rocket (Bradley Cooper) and Nebula (Karen Gillan), whose own relationship to Thanos (she happens to be his daughter, if you don’t remember) is a crucial plot point of the movie. This slimmed-down cast makes things a little more manageable for directors Anthony and Joe Russo and screenwriters Christopher Markus and Stephen McFeely, and for their audience as well.

Captain Marvel (Brie Larson), as someone whom we were led to believe by promotional advertising would have a major part in this picture, is in fact very much a side character. Oh, she does have a couple of important things to do in the beginning of the film: As the one superhero who had nothing to do with the Avengers’ defeat by Thanos in the previous installment, she’s the one who can most easily rally them to take the fight back to Thanos, recover those infinity stones, and bring back the dead. Turns out, though, that the big guy destroyed the stones and has retired to cultivate his garden. So Captain Marvel peace-outs and says she’s got other planets to take care of, and the other surviving Avengers spend five years thinking they’ve failed and mostly moping around.

Iron Man has foresworn superherodom and retired to the country. Hulk has learned how to combine his Green Monster and Bruce Banner selves into a giant green intellectual. Thor has sunk into a depression that leaves him a beer-guzzling overweight couch-potato. And Black Widow is trying to hold the fort at Avengers headquarters. But when Ant-Man (Paul Rudd)—who everyone thought was dead but who happened to be trapped in quantum space the whole time (Don’t ask. Just watch Ant-Man and the Wasp)—turns up five years after the disaster that killed half the earth (for him it’s been only ten minutes, quantum time), he brings with him an idea that might just be what everybody needs to turn this defeat around.

Of course, the idea involves the only thing it possibly could: time travel. If the stones are the only thing that can reanimate the valley of dry bones that is the post-Thanos universe, and if the stones are no more, then the only solution is to go back in time to when and where the stones were, bring them back, and use them now. Since one or more of the living Avengers know when it was they first encountered at least one of the stones, all they need to do is figure out how to make a time machine. And Ant-Man’s got an idea of how to do it—but without a Delorean handy, they need the super-scientific mind of Tony Stark to bring the idea to fruition, and so they’ve got to go find him in his retirement and convince him to come back into the fold.

If I tell you any more, I’ll be accused of dropping in spoilers, and there must be a handful of people in the known universe who have not already seen the movie last weekend, and one or two of them might actually be reading this review. I will say that the idea of dividing the surviving group into three teams increases the advantage already achieved by the ranks being thinned: We actually get real scenes of character development and relationship building among the characters, whereas in previous installments we got little other than one-line sound bites that were supposed to indicate camaraderie or some such thing. For this reason the film is much more intimate than superhero movies tend to be, and it is much more interesting, because the conversations raise important questions, like how we deal with loss, how we face mortality, and ultimately, what is a life well lived? One important character has a surprising personal answer to that last question by the end of the film.

Finally, yes, the fanatic Marvel groupies will have their satisfactory jolts: In going back in time, our heroes revisit several previous films in scenarios that series devotees will recognize and exult over. And there is an obligatory apocalyptic battle scene that goes on for a good chunk of the film, one where Captain Marvel gets to make another notable appearance in the role of an almost-but-not-quite deus ex machina, and one in which—to thunderous audience applause in the screening I attended—some of the dead rise again.

But it really isn’t this epic climactic battle that makes Avengers: Endgame a worthwhile film. It’s those quieter moments, particularly from Paul Rudd and Chris Hemsworth in the comic vein, and from Robert Downey, Jr., in a more tragic one. This is a film worth seeing, and you can probably get a ticket in a couple of months.

And by the way, when you do see the movie, don’t sit around waiting for a teaser after the credits. For the first time in 22 movies, there isn’t one. That’s as much as to say, this time the end of the movie really is the end. At least of this particular story arc. Three Tennysons and half a Shakespeare for this one.