Jay Ruud is the author of a new series of mystery novels revolving around the legend of King Arthur, featuring the venerable court spellbinder Merlin and his young assistant, the page Gildas, who investigate the crimes.

Following the success of the first novel in the series, Fatal Feast, the second novel, The Knight’s Riddle: What Women Want Most, was released on June 22, 2016, and both novels can be ordered on either Amazon or Barnes & Noble. A third book in the Merlin series, The Bleak and Empty Sea: The Tristram and Isolde Story, is due out in November, and should be available for pre-ordering by September 1.

Jay Ruud has also authored four previous books of literary criticism and scholarship (one on Chaucer, one on Dante, one on Tolkien, and an encyclopedia of medieval literature), in addition to several dozen articles on topics like Arthurian literature, Tolkien, Chaucer, the mystic Julian of Norwich, and medieval drama.

Drama is one of Jay’s special interests, and as an avid amateur Thespian he has played various parts over the years in regional and community theater productions of Shakespeare (recently, e.g., Brabantio in Othello), musicals (most recently Horace Vandergelder ion Hello, Dolly!), and more modern “straight” plays. A few years ago he played Lady Bracknell in a production of The Importance of Being Earnest, where he had the interesting experience of playing his own daughter’s mother. Fortunately she is past the age when this could mess her up for life.

He does have two spectacular children, an awesome wife, three loving dogs, and four astounding grandchildren, including a pair of toddler twin boys.

In real life, he is recently retired from his position as Professor and Chair of the English department at the University of Central Arkansas in Conway, where he taught for thirteen years, prior to which he was dean of the College of Arts and Sciences at Northern State University in Aberdeen, South Dakota. He has a Ph.D. in Medieval Literature from the University of Wisconsin-Milwaukee, is a long-suffering and finally redeemed Chicago Cubs fan, and believes that Lee Harvey Oswald acted alone. 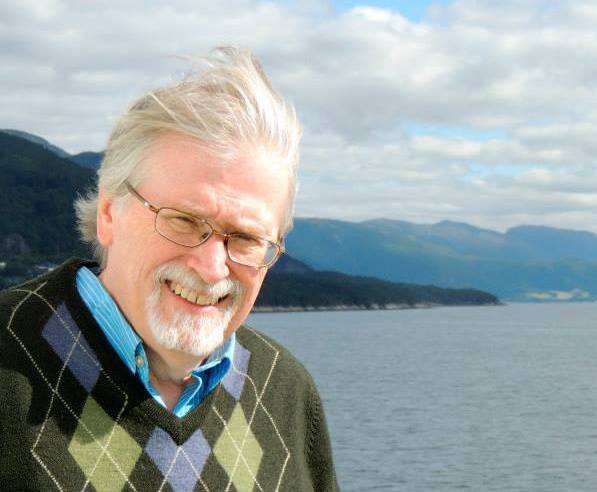