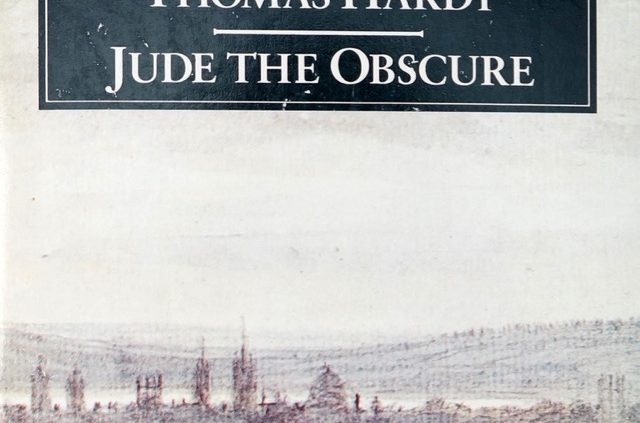 The latest figures from the U.S. Census bureau show that the income gap between the richest and poorest Americans is the widest it has been in fifty years. Putting it in perspective, an estimated 43.5 per cent of the total U.S. population (that is, 140 million Americans) are considered either poor or low-income. Meanwhile, the average earnings of Americans whose income is in the top one per cent are 39 times more than the average of the bottom 90 per cent of American earners.

This extends, of course, to privilege and power. Theoretically, higher education is the route that raises one out of the working class, but the facts remain that education at an Ivy League school, or private universities like Duke or Stanford, automatically create access—even for those whose grades were subpar—that degrees from public institutions do not. Just ask Felicity Huffman if you don’t believe me. And even poor students whose grades qualify them for acceptance to Harvard or Yale have almost no chance of being able to afford to go there, and will graduate even from a public university with crippling student loan debt.

Thomas Hardy wrote Jude the Obscure125 years ago: In view of the above realities, the novel, which deals with the dreams of a working-class man in Victorian England to break out of his class through higher education at one of Britain’s great universities, is as relevant today as it was when he wrote it. And probably not much less controversial.

Samuel Smiles had written in his book Self Help (1859) that through aptitude and hard work anyone could be successful, and in this he was expressing an accepted conviction of Victorian society—a conviction held mostly by people born into the wealthier classes. It’s essentially the equivalent of the “American Dream,” which posits the belief that anyone, regardless of class or national origin, has the opportunity in America to prosper and advance through their own labor and abilities. The fact that occasionally someone from the lower classes is successful reinforced the conviction in both Victorian England and contemporary America that these beliefs were valid. And that if someone was poor, it was their own fault.

Hardy saw the insidious mendacity of such platitudes. He was himself a man born into the working class, who, despite showing great promise as a student, was forced by circumstances to apprentice himself at 16 and had no chance for a university education. The fact that he was himself successful as a novelist did not blind him to the fact that these barriers existed for people of his class.

Jude Fawley, the novel’s protagonist, grows up in a small village in rural Wessex, Hardy’s fictional county in southwestern England. Inspired by the village schoolmaster Mr. Phillotson, Jude conceives a burning desire to obtain a traditional education, attend university, and secure himself a place among the ruling classes, preferably in the Anglican Church. When Phillotson himself takes off with the intention to seek acceptance at the university in Christminster (Hardy’s fictional name for Oxford), Jude dreams of following in turn and spends his evenings teaching himself Latin and Greek, spending his days laboring in his great aunt’s bakery.

Jude’s ambitions are thwarted by his own natural impulses, as he is seduced by a local working girl named Arabella Donn, whose own ambitions are more down to earth: She wants to get herself a husband who will support her. She tricks Jude into marrying her by pretending to be pregnant, and Jude, now saddled with the responsibility of a wife, lets his dreams stagnate.

When Arabella grows tired of the marriage and dissatisfied by Jude’s modest income, she leaves him and emigrates to Australia, where she finds a new husband whom she marries without benefit of a divorce from Jude. Jude moves to Christminster and begins working as a stonemason, and resumes his evening self-study, hoping to gain admission to the university at some point in the future. Of course, Hardy knows, and his readers know, that self-taught students are never going to be admitted to the university, where a knowledge of the classics that can only be obtained from a school like Eton or Harrow is a prerequisite for admission. He writes to the master of each of the Christminster colleges, seeking their advice and help in gaining acceptance, but only one master deigns to answer him: The Master of Biblioll College advises him that, since he describes himself as a working class man, “I venture to think that you will have a much better chance of success in life by remaining in your own sphere and sticking to your trade than by adopting any other course.” Know your place, boy, is his answer.

It is in Christminster, however, that Jude meets the true love of his life, his own cousin Sue Bridehead. In some ways, Sue is Jude’s opposite: Where he longs for success within the ruling social paradigm, Sue rejects the social frame set up by the wealthy classes and the Church. She has no desire to accept the narrow role that Victorian society has declared acceptable for a woman, and has no desire at all to confine herself to a marriage for life in a world of constant change:“It is foreign to a man’s nature,” she declares at one point,  “to go on loving a person when he is told that he must and shall be a person’s lover.” By every measure, Sue Bridehead is one of the first wholly feminist characters in fiction. And as such she makes herself a pariah in late nineteenth-century England.

Confined by the conventions he still accepts, Jude cannot declare his love to Sue, since despite her bigamy and desertion he is still married to Arabella in the eyes of the law and of the Church. But he befriends his cousin, and introduces her to his old schoolmaster Phillotson, with whom he has become reconnected. Phillotson has also failed to be admitted to the university, but works as a schoolmaster still. He takes a more lucrative position in Shaston (Hardy’s fictional name for Shaftsbury), and gives Sue a job as teacher for the girls in the school. Eventually, Sue succumbs to society’s expectations and Phillotson’s entreaties and marries him, despite his being twice her age and despite her physical aversion to him. Within this marriage, though, Sue maintains some form of independence and the marriage is never consummated. Ultimately, Phillotson agrees to Sue’s desire to separate and, ultimately, to divorce, because of his own sympathetic sense that women should have freedom to determine their own destinies. This allows Sue and Jude to live together, but for his compassionate attitude Phillotson is ostracized by Church and society, and loses his position. Meanwhile Jude and Sue, living together without benefit of clergy, are shunned and ostracized as well, particularly after Sue has given birth to two children. Jude also finds it difficult to secure steady work, and the family declines into poverty. The novel ends tragically after a number of reverses, but I won’t spoil the ending by revealing any of them.

Clearly women’s rights, the hypocritical and illogical views of prevailing religion, and society’s unrealistic attitudes about marriage are also targets of Hardy’s righteous indignation in the novel. And while society has progressed somewhat on this front in the past 125 years, there is no denying that a significant number of religious groups even today hold attitudes toward divorce, women’s rights, and couples cohabiting outside of marriage have changed little if at all since Hardy’s day. Once again, this novel remains relevant.

This is a book that was years ahead of its time. One critic called it “Jude the Obscene.” The Pall Mall Gazette called it a story of  “naked squalor and ugliness.” Edmund Gosse, who had previously defended Hardy’s novels, asked  “What has Providence done to Mr. Hardy that he should rise up in the arable land of Wessex and shake his fist at his creator?” Although H.G. Wells, himself a notorious free-thinker, wrote that “There is no other novelist alive with the breadth of sympathy, the knowledge or the power for the creation of Jude,” the fury of negative criticism drove Hardy to give up fiction altogether. Jude was his last completed novel, and he devoted the rest of his long life—the next 33 years—to poetry and the occasional drama.

But Jude is a great achievement. It might be justly criticized for its unconvincing characterization of children, but even from the creator of such classics as Tess of the d’Urbervilles,Return of the Native, The Mayor of Casterbridge and Far from the Madding Crowd, this novel is a masterpiece. I finally read it. I recommend you do too!