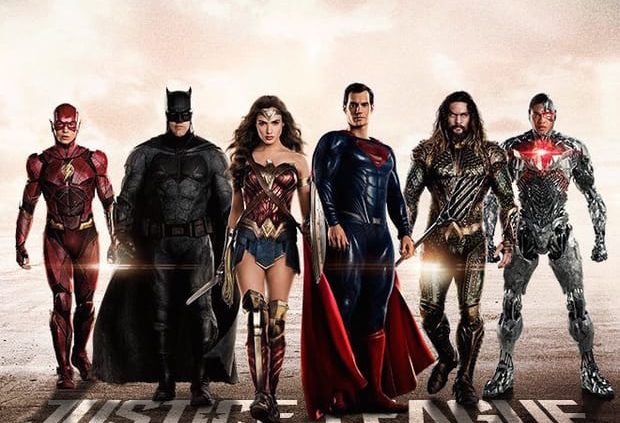 Here’s the thing: it’s probably not really fair to do so, but with DC’s Justice League coming so closely on the heels of Marvel’s Thor: Ragnarok, it’s virtually impossible not to make a direct comparison of the two films, and to note why one franchise has been ultra-successful while the other has essentially been fighting a losing cause for the past several years. Thor was fun, witty and likable, not the least because it never really took itself too seriously. It understood that, you know what? It was an action movie based on a comic book, and even though it was about saving the world, the movie was not going to save the world. Justice League is essentially a slog, with ultra-serious characters bent on convincing us that what they are doing is EXTREMELY IMPORTANT, and though it’s often hard to figure out what exactly that is, we know in general that it’s saving the world. Pretty much everybody is brooding except the Flash (Ezra Miller of Fantastic Beasts and Where to Find Them), who tries to get Batman (Ben Affleck) to believe that he has a “Silicon-based quartz sand fabric – abrasion-resistant, heat-resistant” costume because he does competitive ice-dancing.

But Miller is essentially the exception that proves the rule in this ponderous film. Most people are assuming that those little touches are the result of Avengers director Joss Whedon’s taking over the completion of the film when a family emergency forced director Zack Snyder to leave the production. Snyder’s Batman v. Superman, this film’s immediate forerunner, had ended with the death of Superman (Henry Cavill). Don’t worry if you didn’t remember that part of what was a supremely forgettable movie. You get reminded of it pretty much right away, and that Batman feels responsible for that death. In this film, Batman is trying to put together a super-team to combat a (ho-hum) evil alien super-villain bent on (oh no!) conquering the world. The villain in this highly original plot is a giant horned beast named Steppenwolf, voiced by born-to-be-wild Ciaran Hinds, who has a lot of snappy lines, such as “This world will fall like all the others.” (I’m being ironic here, just in case you can’t tell).

Gal Gadot as Wonder Woman, the only bright star in the D.C. universe, is an old pal of Batman’s (that’s the one part of Batman v. Superman that you might actually remember), and is the first one to join forces with him. She then goes off to recruit the damaged young son of a high-tech scientist, presumed dead but in fact restored to life by bio-mechanical augmentation, a cyborg who goes by the name of “Cyborg,” who had a cameo in Batman v. Superman but here is a full-fledged superhero capable of intimate relationships with computerized devices. Former Shakespearean actor Ray Fisher, finding there’s a lot more money on this end of the pool, plays a character who will get his own film in 2020 but who here, like fellow newcomers the Flash and Aquaman, doesn’t get enough screen time to be more than just another superhero presence in the mix.

Speaking of Aquaman (a.k.a. Arthur Curry), played by Jason Momoa, best known as Khal Drogo from T.V.’s Game of Thrones, he gets his own movie next year, so maybe we’ll get to know a little more about why he’s such an annoying blowhard in this film. Or maybe those cutting comments he makes to Batman are an Atlantean version of male bonding. At any rate, we can hope that in that Aquaman movie, the underwater scenes are better than they are in this film: Having doubtlessly spent myriads of millions on CGI effects for this film, the filmmakers have produced a scene where it’s virtually impossible to tell what the devil is going on underwater—things are just murky and shadowy—but the laws of physics do not seem to apply either, as people get thrown around as if there is no such thing as water resistance. There’s also a confusing confrontation between Aquaman and some little mermaid played by Amber Heard that leaves us scratching our heads. No doubt all will be made clear in next year’s Aquaman movie. But here it’s just irritating. I can’t help but think these movies have been released in the wrong order—maybe we should know something about Cyborg and Aquaman before throwing them into this mix where they become just another face we don’t know enough about to care, thrown up against a villain we don’t care enough about to want to know.

Well I won’t say any more about the plot, although it’s as predictable as it can possibly be. (I mean, you didn’t think Superman was going to stay dead did you?) But suffice it to say that there are enough superhero battles and crashes and explosions to make you happy if that’s all you want, or to make you tell your spouse “wake me when it’s over” if you’ve seen it all before. Which you have. At one point in the film, Wonder Woman ironically says “Technology is like any other power. Without reason, without heart, it destroys us.” Somebody should have told these filmmakers that CGI is one of those technologies. By the way, in this film you also get to gaze at Gal Gadot’s leather-clad backside in one gratuitous shot that Wonder Woman director Patty Jenkins would assuredly not have taken, particularly in the current atmosphere surrounding Hollywood. Maybe the D.C. universe ought to simply be handed over to Jenkins now, if they really want to rival Marvel).

Justice League really isn’t a very good movie. Don’t just take my word for it. It has a 41 percent positive rating on Rotten Tomatoes. And yet it grossed some $96 million its opening weekend—nearly four times as much as its nearest competitor, the highly praised Wonder. And interestingly, Justice League has an 84 percent positive rating from those huge crowds of actual moviegoers. Whenever I see a huge gap like that, I’m intrigued. Part of the explanation, of course, is that the audience of the film is already self-selected: they know what kind of movie this is and they have certain expectations which this film met. But there’s more to it than that, particularly since that self-selected audience was so huge.

The full answer, I think, is implied in the last scene of the film, in which the superhero league stand in a vast hall which, presumably, Bruce Wayne is fixing to buy for them. It’s a fixer-upper, but it’s large enough to put a big round table in, at which members of the league can sit to discuss business (world-saving business, that is). That’s a round table, get it? There is a significant reason why the legends of King Arthur and his Round Table have remained popular and have continued to entertain readers for, literally, a millennium. The literary scholar Northrop Frye called the form of these stories an “archetypal literary pattern,” one that appeals to all human beings in all places and times. It’s the pattern of “Romance,” in the sense that early Arthurian legends were called “romances”: A knight or hero sets off on a quest to right some wrong, to save some maiden in mistress, to solve some mystery. The hero is young and attractive, fights for the cause of right against the forces of evil or darkness, and ultimately is successful, winning great acclaim and, perhaps, the hand of the king’s daughter. This is the stuff of myth and reams. And this is the vein that comic book heroes, and subsequently superhero movies, have tapped into for decades. Even a bad movie that follows this formula can move an audience because (if we can believe psychologist Karl Jung) our psyche is constructed in such a way as to see these kinds of stories as wish or dream fulfillment. So I have no issue with you if you like Justice League. I’d just advise you, given the choice, to go see Thor instead. Or get the DVD of Wonder Woman and save some money.

Two Jacqueline Susanns for this one. And that’s kind of a gift, but hey. Flash is funny. And it’s got Gal Gadot.