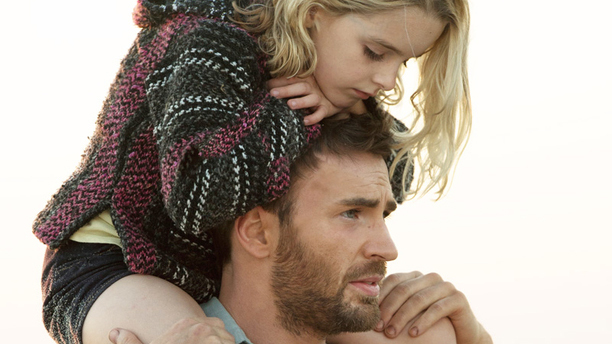 Diane Adler was a brilliant mathematician, a prodigy whose talent had put her on the fast track to scholarly fame and immortality. She is on the verge of solving one of the most difficult and significant of all mathematical problems. Solving this problem will make her world famous and be a profound boon for theoretical physics, but at the peak of her career she commits suicide while still in her twenties, leaving a six-month old daughter to be cared for by her brother, Frank.

This is the back story of Marc Webb’s current cinema offering, Gifted. Webb, whose recent work has included two Spiderman movies that have all but overshadowed his earlier, more relationship-driven pieces like (500) Days of Summer, returns to his roots in his most recent film, and has brought along another refugee from the Marvell universe, Chris Evans, better known as Captain America, to play Frank Adler.

As the film opens, Diane’s daughter Mary (McKenna Grace), now 7 years old and living with Frank in a small, modest home in a coastal town in Florida where Frank works as a self-employed boat repairman, is about to start first grade, a step she is not at all eager to take. When she gets to school, it takes about two minutes for her new teacher Bonnie (Jenny Slate) to realize the girl is a mathematical prodigy, though it also becomes clear that Mary does not work and play well with others. Bonnie and her principal believe that Mary will be much better off in a private school for gifted children, but Frank will not hear of it. He wants Mary to live a “normal” life, and as details emerge about his sister’s suicide, we can understand why Frank wants to avoid the mistakes that drove Diane to her early death.

But as it turns out, Frank won’t be able to make that decision on his own. The principal, Ms. Davis (Elizabeth Marvel of T.V.’s Homeland), believing she is acting in Mary’s best interests, is determined to see that the child ends up at a school that will challenge her to her full potential, and so she calls in an authority figure who is willing and able to challenge Uncle Frank.

Enter Grandma. Frank and Diane’s mother Evelyn, played with a white-hot intensity by Lindsay Duncan (Birdman, Alice in Wonderland), was herself a mathematical prodigy, and thus the film becomes a chronicle of the fortunes of three generations of female geniuses in one family. Evelyn, it turns out, was at the beginning of a brilliant career when she abandoned everything to marry her less talented husband and to support his career, a decision she has always bitterly regretted—regretted enough to put all of her frustrated ambitions on her daughter, even to the extent of thwarting Diane’s own romantic life. Frank clearly blames Diane’s suicide on Evelyn’s vicarious zeal for Diane’s success, and is determined not to let Mary’s gift be an excuse for denying her the life of a “normal” child.

And of course, the case goes to court, where Evelyn’s thinly veiled ambitions for her daughter and now her granddaughter are pitted against Frank’s low income and lack of health insurance. Who will get custody, with Mary’s happiness hanging in the balance? I won’t reveal the outcome of the trial, or its aftermath. Suffice it to say that there are no simple solutions, and a number of thorny questions are raised in the process. Is it really in the best interests of a child to curb her normal social growth in favor of a single intellectual talent? How pure are the motives of those who say they are acting in a child’s best interests? How much should the child’s own preferences be allowed to determine her future? Is physical or emotional security more important for a child’s welfare? Certainly Webb and screenwriter Tom Flynn (Watch It) are to be commended for not simply giving us a feel-good movie (not that this isn’t a feel-good movie, but that’s not all it is) but for making us consider all the angles of the situation.

There are other things to like about the film: Young McKenna Grace gives a remarkably non-cloying performance as the child prodigy Mary. Chris Evans proves he has some acting chops as well and is not simply the emotionless stiff he plays in Captain America. Jenny Slate as Mary’s teacher is perky and likeable. It is Lindsay Duncan, however, who really walks away with the movie, giving a nuanced and even sometimes sympathetic portrayal of the mother too blinded by her own ambition to ever admit that she was responsible for alienating her son and—at least in part—for pushing her daughter into the abyss.

I should also mention Octavia Spencer, who as always gives a memorable performance as Frank and Mary’s neighbor and Mary’s sometime babysitter. But here is where the film starts to unravel at the seams. Why on earth is Spencer here at all? She is completely wasted in this small part, and one wonders if the producers simply wanted one more familiar face in the picture that might draw audiences in, even if she doesn’t do much? Or did she have a larger part that ended up on the cutting room floor? In any case, as it is, she’s about as necessary for the plot as a third nipple.

There are some other glaring issues that the film does not deal with, chief among them Frank’s lifestyle. It is revealed in the film that he was formerly a professor of philosophy at Boston University, a job and career he apparently abandoned in order to fix boats in Florida and raise his niece. I suppose it is possible that this was his own rebellion against his mother after Diane’s death, for undoubtedly, she was also a force behind his own success, though not as malevolent a force as she was with her daughter, who was her own alter ego. Or perhaps Frank blamed himself for Diane’s death, since he seems to have missed the signs of her depression, and so hid himself away through guilt and shame. The film never actually addresses the question. Nor does it allow Frank to come up with the obvious solution to his problem in court: I have an erratic income and no health insurance? Why don’t I get a friggin’ university teaching job and eliminate that problem? Never seems to occur to him, or to anybody in the film, though he has several supporters, including Mary’s teacher, who would seem likely to suggest that possibility.

And speaking of this teacher, what is the point of the virtually gratuitous scene of Frank and Bonnie hooking up at Frank’s house? Ultimately nothing comes of this liaison, but it does give Mary a chance to catch her teacher in the act, coming out of the bathroom, in a scene possibly deliberately designed to remind us of a similar scene in Kramer vs. Kramer, the film which this one seems to be channeling at times, particularly in the court scenes. But I’m afraid it is no re-gifted Kramer vs. Kramer, and though the acting is fine, there is no Dustin Hoffman or Meryl Streep here. There is a film that you may leave the theater feeling good about, but that when you start thinking about it afterwards, you start seeing a significant number of holes. I’m giving this one two Jacqueline Susanns, but I’ll throw in half a Tennyson because of the decent performances and the significance of the questions raised.