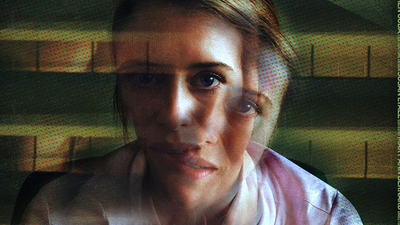 Steven Soderbergh’s newest film is part One Flew Over the Cuckoo’s Nest, part Stephen King’s Misery. But make no mistake: in its heart of hearts the film it is most akin to is Sleeping with the Enemy—and the novelist it seems most in tune with is Kafka.

But Unsane is not likely to be remembered for the originality or well-plotted storyline, or for its vivid characterizations or the searing realism of the relationships depicted, but rather as a technical tour de force. The story has been all over entertainment news and social media since last July: Soderbergh, using primarily only iPhone technology, shot the film in secret himself (the “Peter Andrews” listed as cinematographer is a pseudonym for Soderbergh himself, as is the “Mary Ann Bernard” given credit as editor), and did so in slightly more than one week. Long known as a budget-conscious director, Soderbergh used an iPhone 7 plus 4K digital camera, with the app FiLMiC Pro. Using no name-actors (except for one cameo by a certain Soderbergh regular), Soderbergh had already recouped the entire film’s bare-bones $1.2 million budget on foreign revenues alone by the end of its opening weekend, so while the film’s domestic box office stalled at less than $4 million, it had already made a 300 percent profit.

Soderbergh isn’t the first director to make a feature film using an iPhone. In 2015 Sean Baker shot the critically acclaimed comedy Tangerine on an iPhone 5. But the director of Sex, Lies, and Videotape, Traffic, and Erin Brockovich is no stranger to innovation or experimentation—Mosaic, his HBO miniseries featuring Sharon Stone, also uses the latest technology, including a mobile app that allows viewers to switch perspectives from one character to another. The use of the iPhone here makes Unsane sometimes feel claustrophobic, using extreme close-ups that show some distortion, which is the ideal perspective for a film that is essentially a psychological thriller.

The film begins with what seems at first to be a conventional monologue expressing undying love in male voiceover, though there’s something a little bit off about it, just a wee bit over-the-top spooky. Then we switch to an office, where the protagonist with the musical name of Sawyer Valentini (Claire Foy, on a break from portraying Queen Elizabeth II in The Crown) is working at what is apparently a new job as an analyst in a bank, having just moved to Pennsylvania from Boston. Her work impresses her new boss, who tries to get her to make a business trip with him to a conference where, it is implied, he can sleep with her. She declines rather deftly, but this instance of endemic harassment in the workplace is a harbinger of things to come in the film. When shortly thereafter we witness Sawyer giving a Tinder hookup a try, the liaison goes terribly wrong as she suffers a panic attack in the midst of the encounter, we come to realize there is something very wrong in Sawyer’s life, and we realize there’s more to her move to this new town than initially meets the eye.

Sawyer finds a therapist to drop in on and talk to, thinking to check in briefly over her lunch hour. Here’s where we begin to learn of her background: that she has left Boston to put behind her a stalker. Through flashbacks that occur over much of the film, we understand that she had volunteered in a hospice program, during which she had read to a dying man, often in the presence of the man’s son, who during the sessions became obsessed with her, and after the father’s death began to stalk her. She was able to get a judge to issue a restraining order on the stalker, whose name is David Strine (played by Joshua Leonard, known mainly for The Blair Witch Project and a number of TV shows, including Bates Motel), but she is suffering from PTSD because of the stalking. A well-meaning police officer goes over a list of safety precautions she needs to take: install cameras around her apartment, don’t drive anywhere herself and hire a car service to get to and from work, get off all social media, buy a gun and learn to use it. It’s all just a way of saying that she’s on her own—society is not going to do anything to protect her from the predator that is hunting her. And so she has decided to move to a new city and a new job.

In discussing things with a visibly unsympathetic counselor at a mental-health facility called Highland Creek, she happens to mention that she has occasionally thought about suicide because of the trauma she has been through. She is then asked to “fill out some routine paperwork,” which she does, thinking it’s for insurance purposes so that she can schedule a follow-up appointment with the therapist. But she’s in too big a hurry to read the fine print on what she is signing, and before she can do anything about it, she finds herself “voluntarily” committed to the facility. But it’s only for twenty-four hours, she’s told. Still, she protests so vigorously that her stay is extended to seven days since the people in charge of the facility deem her to be a danger to herself and others.

There is a grim, Kafkaesque feeling to these scenes in the facility, as no one will listen to Sawyer and everything she does inevitably gets her into more trouble, so that she is put in restraints, confined to her bed, drugged, and kept in place by a faceless bureaucracy. It’s no accident that Soderbergh’s second film, Kafka, told a Kafkaesque tale of dark conspiracy in which the title character, a fictionalized Kafka, worked at a Prague insurance company. Here, it seems that Highland Creek is running a kind of insurance scam, committing patients against their will and keeping them confined as long as their insurance company pays the bill. Even Sawyer’s mother (Amy Irving, who previously worked with Soderbergh on Traffic) gets nowhere with the police or the hospital administrators as she tries to get Sawyer released. Sawyer learns this from one of the few reasonable people she meets inside—another patient named Nate (Jay Pharoah of Saturday Night Live).

But the story of the profit-seeking mental facility that that seems unassailable is a secondary issue in the film. It parallels the nightmare power of the stalker, who likewise seems impossible to stop. And the nightmare in this film truly begins when Sawyer believes that she recognizes her stalker, Stine, among the staff of the hospital, acting as a nurse dispensing meds. She screams, accuses him, and of course is sedated. But we’ve seen her having a panic attack before, haven’t we? Is she hallucinating? We just don’t know.

Except that we do find out the truth pretty quickly. And that’s the one flaw that I found in the film. It would have been far more effective, it seems to me, if Soderburgh had played the uncertainty out a good deal longer. The nightmare effect of the Kafkaesque uncertainty would have made for a much tenser, much more riveting plot. Writers Jonathan Bernstein and James Greer (Just My Luck, The Spy Next Door) opt instead to go for a much more generic and predictable Hollywood-style denouement for the film, which was a bit disappointing to me after so promising a beginning.

Unsane gets a 79 percent positive rating from critics on Rotten Tomatoes.com, but curiously only 57 percent of audience members liked it. This kind of discrepancy is always interesting to me. I suspect some of the audience was disappointed with the generic conclusion. But I suspect a number of people were also put off by the fact that this is a “woman-in-peril” genre film that seems tone deaf in the current #metoo milieu. In some ways the film underscores the frustration of women who are not listened to, who are imprisoned in a bureaucracy that will not grant them a voice, and while it also understands women’s greatest fears in a world where men can kill them on a whim, as my wife said when she saw the film. But there are some viewers who might see it, and probably rightly so, as just another example of the way Hollywood, particularly in its “horror” genre, treats the abuse of women as a marketable commodity. I’m not sure that flies so well with some contemporary moviegoers.

Still, I’ll give the film three Tennysons. It’s worth seeing for its innovative technical aspects, and for Foy’s sympathetic portrayal of justified paranoia.