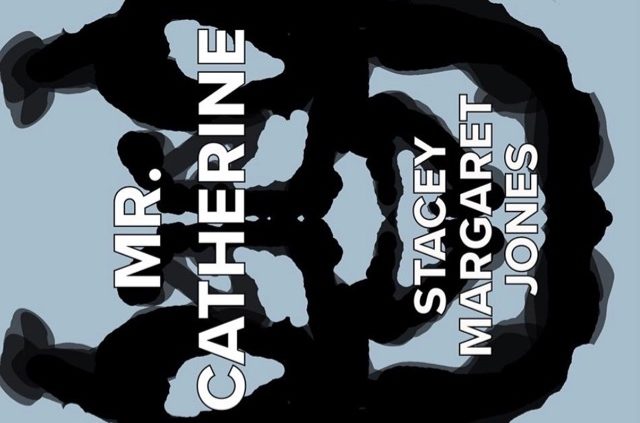 Mr. Catherine is a contemporary thriller about a woman who has gone missing from a jogging path in Little Rock, written in the vein of Gone Girl or Girl on a Train, and there is no denying that the plot surges forward at a pace that seems to pick up speed exponentially the closer it gets to its inevitable conclusion. At the same time, another plot unfolds in alternating chapters, exploring the broken relationship between a husband and a wife in excruciating detail, as filtered through the mind of the missing woman’s husband. Narrator and protagonist, “Mr. Catherine” never does have a name of his own. His identity is submerged in his relationship with his wife. It’s a motif that recalls the narrator of Daphne du Maurier’s classic mystery-crime novel Rebecca, and in part the nameless narrator is a deliberate tribute to a novel that in many ways is the archetype of this sort of contemporary thriller.

I won’t talk much about the thriller/mystery plot itself because I certainly don’t want to give out any spoilers—let me just say it’s an everywoman’s nightmare: Catherine goes jogging early one morning near Little Rock’s Big Dam Bridge and disappears. Was it foul play? Did she just want to leave her husband? Did he kill her (indeed it’s hard to know precisely how much you can trust the narrator)? Did her extramarital affair have anything to do with her disappearance? Was organized crime behind this somehow? Is there organized crime in Little Rock? Many threads of story are woven together here, leading to a heart-thumping denouement.

But what raises this book above the run-of-the-mill crime novel is the incredibly rich inner life of the narrator, rendered in precise and spot-on detail by Jones’ deep-delving prose. The depiction of extramarital affairs in fiction, whether in written or dramatized context, is almost invariably oversimplified. If the husband is unfaithful, it is because he lusts after some sweet young thing, either because he’s a classic fool or because he’s a toxically masculine misogynist, but mainly because he’s a man and that’s what men do. If it’s the woman who is unfaithful, it’s because her husband is a jerk and/or a toxically masculine misogynist. Or she’s just bored and needs an outlet. It’s almost unheard of to see in fiction the complex motivations that far more often lie behind actual affairs. Nor does one see in fiction typically how a marriage might go on after such a trauma, what happens in people’s psyches if and when they decide to continue in the marriage. This book delves into both of those rare, thorny issues.

The fact that the novel’s narrator and protagonist happens to be a psychotherapist certainly makes his relentless analysis of his and others’ motivations and relationships not only believable but absolutely essential to his character. The narrator’s background in psychology also mitigates any surprise we might feel at the strongly Jungian overtones the story takes when Mr. Catherine’s Shadow and his Anima appear at certain points in the story. But those things do makes us wonder a bit at his reliability. Even the book’s cover art—a pattern of Rorschach inkblots that resolve themselves, at least to my mind, into a human, almost certainly male, face—underscores this theme. So…what do you think that says about me?

But frankly, the most impressive thing about this debut novel is the sparkling style, in which every sentence seems crafted to express precisely the right image. From the cynical truth of one character’s observation that “We’re all dead. We’re just walking around until they knock us down,” to the narrator’s suspicion of his own self-deception, “the sensation that I was telling myself something that the rest of me knew wasn’t true at all, like my thoughts were waves on the surface of an ocean, whose deep currents moved in the opposite direction,” to his ex-wife’s truism that “You can’t know if someone loves you….You can only know if you feel loved,” to the book’s haunting opening sentence: “There are things I didn’t want to know, things I wanted to know but didn’t ask, and there is the thing I didn’t know was coming that I wish I could have known most of all,” reading this book is a journey from one glittering gem to the next.

This is a book that you won’t be able to put down, but also one that will stay with you for a long time. I recommend you get your copy ASAP. Four Shakespeares in my book.