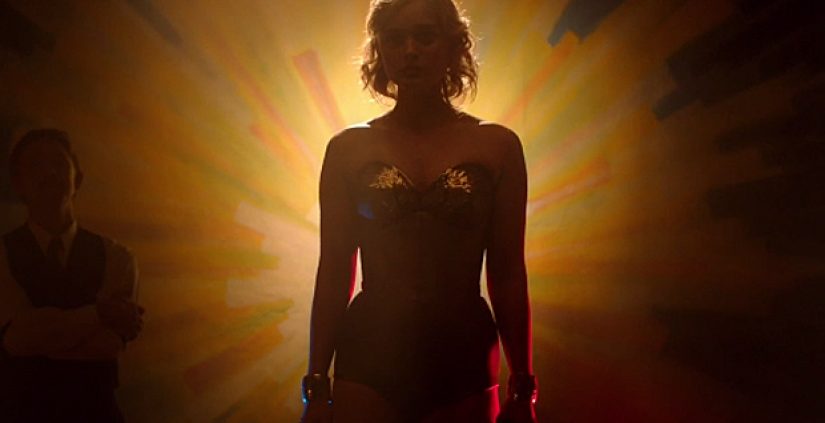 Professor Marston and the Wonder Women

Turns out the real-life origin story of Wonder Woman is just as interesting as the fictional one. But it’s definitely R rated, so you might be less inclined to bring your kids to see Professor Marston and the Wonder Women, the new film out this week from writer/director Angela Robinson.

Obviously, with the recent Wonder Woman epic passing $800 million in global gross income, the time seems right for the release of this film, though it is showing at only one screen in central Arkansas—at Riverdale. This limited release seems to have been the rule nationwide, since, though this was the film’s opening weekend, it did not crack the top ten films in ticket sales—even with extremely weak competition.

The film’s very unconventional subject matter very likely has something to do with those weak numbers, I would guess. The film, “based on a true story” as they say, explores the lives of Harvard-educated psychology professor William Moulton Marston and his wife and research partner Elizabeth, and their lab-assistant turned threesome-partner Olive Byrne. William and Elizabeth are the inventors of the modern lie-detector, while Olive is the niece of feminist activist Margaret Sanger, and their polyamorous relationship, underscored by Marston’s radical DISC theory of human psychology, inspired Marston ultimately to create the character of Wonder Woman in 1941 as what he saw as an alternative to the violent, masculine justice imposed by characters like Superman. When a controversy erupts over the sexually suggestive bondage scenes so prevalent in the early Wonder Woman comics, Marston is called on to defend his creation.

This film opens with Marston being interviewed by a woman leading a crusade for decency in comics, wanting to know what all the bondage is about in Wonder Woman. The story, then is told essentially in flashback, as Marston contemplates what got him to this point. It begins at Harvard, or more precisely Radcliffe College, in 1928, where we meet Marston (Luke Evans of Beauty and the Beast) and wife Elizabeth (Rebecca Hall of The BFG and, way back, Vicki Christina Barcelona). At this point, Marston is trying to explain to students his newly formed DISC theory of human behavior, which involves Dominance, Inducement, Submission, and Compliance. In the decades since, followers of Marston have seen these as personality types, and developed measurements, not unlike the Meyers-Briggs test, to categorize people in the workplace. Marston himself, however, seems to have seen these as the key to human relationships, particularly sexual ones. People find their greatest happiness, he argues, when they submit to a “loving authority.”

At the same time, he and Elizabeth are still trying to get their lie detector to work, and Elizabeth is complaining that the patriarchal establishment at Harvard will not grant her a Ph.D. because of the blatant sexism of the times. Enter Olive (Bella Heathcote from Pride and Prejudice and Zombies, and TV’s Man in the High Castle), a woman from a family of feminist royalty who was raised by nuns, and who becomes the Marstons’ graduate assistant. There are some mutual sparks flying between both Marstons and Olive, and in a somewhat contrived scene with their lie detector, Olive reveals she in love with both of the Marstons, and William that he loves both women. After some initial resistance, especially by Elizabeth, William pushes for the trio to act upon their feelings, and to hell with what society thinks.

Part of the new relationship involves games of bondage and submission. In one rather silly scene, the Marstons, under the guise of “research,” voyeuristically witness a “spanking” ritual in Olive’s sorority, a ritual that Olive and William, at least, are aroused by. William also begins to visit a local fetishist, where he learns all about tying up his partners. The fetishist delivers the fairly awful line “love is pain,” and while William believes that these bondage and S and M fetishes are illustrations of his psychological theories about dominance and submission, he also is convincing himself and his lovers that these desires are “normal.” The title of his 1928 book on DISC theory was, after all, Emotions of Normal People.

The Marstons’ living arrangement apparently leads to their dismissal from Harvard. We aren’t told definitively why, but when Elizabeth cries “we’ve been fired,” that is the implication. But the trio stays together, though neither of the Marstons will ever be hired in academia again. Eventually Marston comes up with the brainstorm that creates Wonder Woman, whom he models on both women in his life, and in whom he embodies his ideals of dominance and submission to a loving authority. Her “lasso of truth” even adds the whole lie detector motif—as well as the bondage theme—to her creation.

Anything more would be spoiling the ending, though the movie is less about plot than theme. Chiefly the film seems to be a bold statement that, although relationships like the one depicted here are always portrayed in the media or in popular consciousness as flawed, abnormal, and exploitive, there really are people who are perfectly happy in such relationships and remain so. The film challenges us to expand our ideas of the “normal.” Those who oppose the Marstons are portrayed as almost cartoonish in their bigotry. Though the script at times seems a little heavy-handed (love is pain!), the three principal actors manage to create characters with whom we sympathize, and so make it very difficult to regard them as “others.”

The surviving members of the Marston family, including his direct grandchildren, have condemned the film as “lies.” There are certainly a lot of demonstrable inaccuracies in it. The Marston’s lie detector was actually invented in 1915, and William published an article on it in 1917. Thus the dramatic “confessions” made while hooked to the lie detector would not have actually occurred. He received a Ph.D. from Harvard in 1921, but was never a professor there. He taught at American University in Washington, D.C. and at Tufts University in Massachusetts until moving to California in 1929. Elizabeth had a law degree from Boston University and received an M.A. from Radcliffe in 1921, but there is no indication she ever took courses toward a Ph.D. Olive was Marston’s research assistant at Tufts University in 1925, and apparently did allow Marston to attend Baby Parties at her sorority, where he did research on his DISC theory. This is the meaning of “based on” a true story.

One likely source for the film’s story is the recent book The Secret History of Wonder Woman by Jill Lepore (though I did not see the book credited in the film). The book suggests that there may be a bit of whitewashing of Marston going on in the film. Whereas the film strongly implies that the lesbian attachment between Elizabeth and Olive was a major motivation behind the initial three-way affair, the book in contrast asserts that Marston’s desire for Olive was the reason the affair started, and that he actually threatened to leave Elizabeth if she did not get on board.

Be that as it may, Marston’s creation of Wonder Woman really was motivated by an attempt to empower women by influencing young girls. Marston’s relationship with Elizabeth and Olive may have been less empowering than the film makes it appear, but he truly seems to have believed that dominance was better in the hands of women, who were more likely to act with “loving authority” and thereby bring about true happiness. And it does seem as if the unconventional relationship these three enjoyed was functional and supportive. Kudos to the film for tackling a difficult subject and doing so tastefully. I wish fewer liberties had been taken with the facts, and that the script had been stronger. Two Jacqueline Susanns and half a Tennyson for this one.