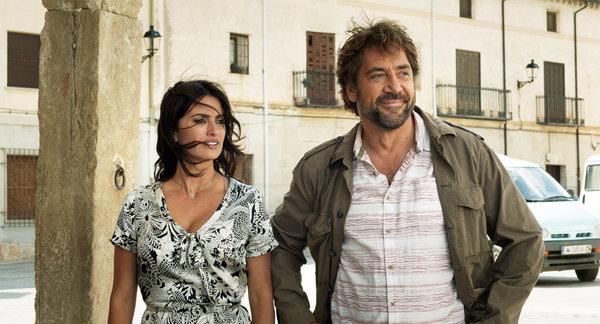 We’re certainly in the doldrums of the Hollywood film cycle, with no new films in wide release this week that received anything like a positive critical consensus among reviewers nationwide. It’s a good week for central Arkansas film devotees to try a little something different, and this is possible through the auspices of the Riverdale 10 VIP Cinema, which offers up the new film by Asghar Farhadi, a limited release film in Spanish called EverybodyKnows(Todos lo saben).

Unless you follow films fairly closely, you may, like most of central Arkansas, be unfamiliar with the Iranian director Farhadi. But this film seems in part to be a bid for a wider audience: It was a joint Italian-French-and-Spanish production, and Farhadi has secured in Penélope Cruz and Javier Bardem two international stars well-known in Hollywood; and in Ricardo Darin an Argentinian star popular in Latin America. And he has made the film in Spain with Spanish-speaking actors, ensuring a potentially wide European and Latin American audience. It premiered at Cannes on May 8, 2018, and at the Toronto Film Festival on September 8. It had its release in Spain on September 14, and finally got a limited release in the United States on February 8.

You may actually know more about Farhadi than you think you do. In 2012, his film A Separationwon the Academy Award for Best Foreign Language film, the first Iranian film to win that award. And in 2017, he joined Akira Kurosawa and René Clément as one of the few directors to win that award more than once when his film The Salesmanwas also honored with the Oscar. You might even remember that Farhadi was prevented from attending the Oscar ceremony that year because of Donald Trump’s travel ban.

Farhadi is a true auteur, writing his own screenplays and taking a close interest in all aspects of his films’ construction. With a background in theater that shows in his dramatic interpersonal scenes and heavy use of dialogue so unusual in contemporary movies, Farhadi apparently takes a good deal of time rehearsing scenes with his actors for many days and running them through improvisational exercises that develop their relationships with each other as characters. It’s a process that pays off in the natural and wholly convincing relationships between his characters onscreen. The performances are the great strength of this particular film.

The film begins as Laura (Cruz) arrives from her current home in Buenos Aires back to her small hometown outside of Madrid, where she has brought her two children to attend her sister’s wedding. The opening scenes of the film fly by in a rush of wedding preparations and arriving guests, and we are well into the film before we have figured out just who is related to whom, and how they are connected. The bride is Ana (Inma Cuesta), who is marrying Joan (Roger Camajor), a man apparently from a nearby town. His parents arrive and are staying in the hotel at which the wedding reception will take place, a hotel owned by other members of Laura’s family. The most significant nonmember of the family is Paco (Bardem), who is an old friend of the family and owns a small vineyard outside of town, along with his wife Bea (Bárbara Lennie).

The first part of the film is fast moving, raucous and comic in atmosphere, as befits a big family wedding. Laura’s 16-year-old daughter Irene (Carla Campra) shows herself to be a typically rambunctious teenager, pushing the boundaries along with her mother’s buttons, and makes quick friends with Paco’s teenage nephew Felipe (Sergio Castellanos). During the wedding ceremony the two of them climb the church’s bell tower and ring the bells, to the amusement of the guests and the annoyance of the priest, who nevertheless takes the opportunity to make a pitch for charitable donations to help fix up the old building. In an aside it is revealed that Laura’s husband Alejandro donated money a few years earlier to restore the church’s façade. Alejandro (Ricardo Darín), by the way, we’ve been told was not able to make the trip from Argentina because of some obligation for his work. Meanwhile, in the tower, Felipe has told Irene that Paco used to be Laura’s lover. It’s one of those things that everybody knows.

The tone changes and the plot kicks in when, after dancing, flirting and drinking at the wedding party, Irene becomes suddenly tired and sick and goes upstairs to rest in her room. When Laura goes upstairs to check on her sometime later, Irene is nowhere to be seen—she has disappeared, and in her place on her bed are scattered newspaper clippings of a previous kidnapping that had occurred in the area. There is a panicked search for the girl before Laura receives a text message, threatening to kill the girl if Laura goes to the police.

But Farhadi’s script does not simply follow a conventional kidnapping-thriller storyline. As the family tries to navigate the dangerous waters of Irene’s disappearance, it becomes apparent that somebody close to the family must have masterminded the night’s events, and as the suspense mounts, relationships seem to unravel and family secrets from years before, glossed over for years, begin to emerge. They are things that everybody knew but had agreed not to talk about. Did Irene run away herself, and stage the kidnapping, as might be inferred by her conversation with Felipe in the tower? Why are the kidnappers sending the same messages Laura is getting to Bea, Paco’s wife? Does it have something to do with the fact that Paco, the son of their servants, purchased his estate for a song from Laura’s family sixteen years ago? Why is Paco so inordinately interested in finding the kidnappers when he is not part of the family?  Why did Alejandro not come to the wedding? When he finally shows up in the wake of Irene’s abduction, are we to see what kept him in Argentina as a motive for kidnapping his own daughter and asking for a ransom?

Throughout his career, Farhadi has shown an interest in how the past—our past actions involving love or money or family honor—is never truly past but resurfaces in ways that we do not expect. Our past actions always have consequences, no matter how deeply we may have tried to bury them. That theme is ultimately the main takeaway from EverybodyKnows. That and the stellar performances. Cruz and Bardem, the real-life husband and wife, have an undeniable chemistry in the film and give flawless performances as the ex-lovers brought together and ultimately divided by a family crisis. Darín as the frustrated father is surprisingly sympathetic and maddeningly naïve by turns, and in the end gives as memorable a performance as the others, and perhaps even more complex. The end of the film is quite ambiguous, and gave my wife and me no small fodder for debate that continued long after the film was done.

Everybody Knowsis a great cure for the movie doldrums. I hope it sticks around at Riverdale long enough for you to get a chance to see it. Three Tennysons and half a Shakespeare for this one.