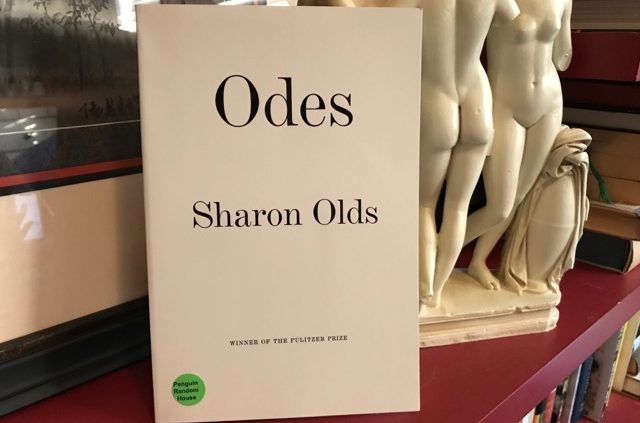 she writes about the female body in a deterministic, shamanistic, medieval manner. Infantilization packaged in pseudo-confession is her specialty… Her poetry defines feminism turned upon itself, chewing up its own hot and bothered cadaver, exposed since the 1970s. Female poets in workshops around the country idolize her, collaborate in the masochism, because they say she freed them to talk about taboo subjects, she “empowered” them… [Olds] Has given confessionalism such a bad name it can’t possibly recover.

There was certainly a large segment of the [mostly male] literary establishment who felt similarly about Olds, at least at that time. But Olds did go on to win the Pulitzer Prize in 2013 for her book Stag’s Leap, her chronicle of the myriad emotions involved in the breakup of her thirty-year marriage, finally published some 15 years after the divorce. Stag’s Leap also made her the first American woman to receive the T.S. Eliot Prize, and she has since won the Donald Hall-Jane Kenyon Prize in American Poetry (2014) as well as the Wallace Stevens Award from the Academy of American Poets (2016). It could be said with some confidence that at last, after a good deal of controversy about her work prior to Stag’s Leap, Sharon Olds had finally reached a level of unassailable stature as an American poet of significance.

And then came Odes. Odes is a collection of sixty-four poems that seem at times to border on self-parody as they focus on and celebrate the body—the body as aging, the body as personal and intimate, and especially the body as sexual—in ways that don’t so much push the envelope of acceptable poetic subject matter as rip it apart altogether. The poet who previously shocked readers with poems on such topics as “The Pope’s Penis” and “Diaphragm Aria” here lets it all hang out in poem after poem, ranging from “Ode to the Hymen” and “Ode to the Clitoris” to “Ode to the Tampon” and “Ode to the Condom,” as well as the amusingly contemporary “Douche-Bag Ode” and the aptly named “Blow Job Ode.”

If to us these themes seem, perhaps, unexpected in a book of poetry from a revered and acclaimed woman of letters, consider what her current partner is quoted as saying in the book: “‘You’re sixty / something years old,’ he exclaims, ‘and still / writing about the first time you got laid!’” (“Second Ode to the Hymen,”p. 91). So I guess it’s not just us.

Hence the irony of the use of the term “Odes” to describe the form of this collection of poems. An Ode, traditionally, is a long lyric form that is written in an elevated style, serious in tone, dignified in manner, and using an elaborate stanzaic structure. It deals with a single purpose or theme, and often is written to eulogize some person (for Pindar it was an Olympic athlete), or praise for some work of art (like Dryden’s “Alexander’s Feast” or Keats’ “Ode on a Grecian Urn”), or a consideration of some emotional problem or human condition (like Coleridge’s “Dejection An Ode” or Wordsworth’s “Intimations of Immortality” ode).

Such a  poetic form seems incongruous with Sharon Olds at her most intimately personal, as in these poems. Olds has always been more in the tradition of Walt Whitman, with his open forms and personal subject matter, or even Baudelaire with his disregard for traditional boundaries. For her Odes, though, Olds has another source altogether: In a recent interview, Olds describes the inspiration she took from Nobel laureate Pablo Neruda:

I had read a book by Pablo Neruda called Odes to Common Things and while I was reading it I wasn’t thinking, “Oh, I could do this as well,” but I was thinking, “This is cool, this is so cool.” When something then came into my head and I started writing, it was one of these odes, to my common things — a lot of them, it turned out, were things that were common to girls when I was 15, that were not common to boys, or to poetry, or to culture. They would have been outside of poetry — over in hygiene or something. ….[T]he politeness and the prudity of the world I grew up in meant that there were things that were important to me and interesting to me, [but] I had never read a poem about. And then those subjects started to come into me in a burst of girl feelings — girl feelings is definitely one way to put it, and also womanly happiness. And then there’s a side of me that’s just so excited thinking about things that haven’t necessarily been talked about. They are the things I’ve always been interested in. (https://wwd.com/fashion-news/street-style/gallery/street-style-milan-fashion-week-mens-ss20-mfw-photos-1203179433/)

Hence Olds’ very own Odes to common things, which include her breasts, her clitoris, and her hymen. And far from being addressed in heightened language or complex verse forms, they are addressed in amused colloquialism and Whitmanesque free verse.

I suppose it is because I am not a woman myself that, though amused, I’ve never felt personally moved by Olds’ more intimate poems that could have been written only by a woman. My favorite Olds poems have always been those that put her outside of herself (like “The Death of Marilyn Monroe” from The Dead and the Living, or “The Signal” from One Secret Thing), or those that portray the turmoil of human relationships (like “I Go Back to May, 1937” from The Gold Cell, or “Stag’s Leap” itself). Thus in reading this book I was most taken by poems like her “Ode of Broken Loyalty,” in which Olds recalls the moment she felt free from loyalty to her family and therefore open to any poetic subject, when she declares “Once torn / away, once shunned and shunning, it seemed there was / little I could not write about” (p. 10). And one of the shortest poems in the collection, her “Ode to Dirt”—the least elevated of all possible subjects—in which she finally perceives a family relationship: “but now I can see us all, made of the / same basic materials—/ cousins of that first exploding from nothing—/ in our intricate equation together” (p. 94). And a poem about burgeoning social awareness, the “Secondary Boycott Ode,” about a political act that, Olds-like, she sees largely in terms of the body: “I had never seen anyone / saying no with their body, with their feet” (p. 35).

Of the more personal poems, the ones I related to most were those that dealt with aging, most surely because of my own aging body. Olds has often been called a “confessional” poet, a term that puts her in a box with the Anne Sextons or the Sylvia Plaths. But when Olds looks into a mirror, it is not to see with a kind of horror, like Plath (speaking not from experience, since she of course never reached that age herself), “an old woman / Ris[ing] toward her day after day, like a terrible fish.” What Olds sees amuses her, and she embraces it. In her “Ode to Wattles,” she proclaims “I love to be a little / disgusting, to go as far as I can / into the thrilling unloveliness / of an elderwoman’s aging” (p. 78). In her “Ode of Withered Cleavage,” she confesses “I want to live to an age when I look / hardly human, I want to love them / equally, birth and its daughter and /mother, death” (p. 27).

This is a remarkable collection of poems, in which Olds mixes a kind of girlish wonder and curiosity with the wisdom of age, and the linguistic adeptness and confidence of a master craftswoman. If you like your poetry with a dash of spice and a glass of well- matured wine, you shouldn’t miss this book. And look forward, with me, to Olds’ next collection, called Arias, coming out later this year.